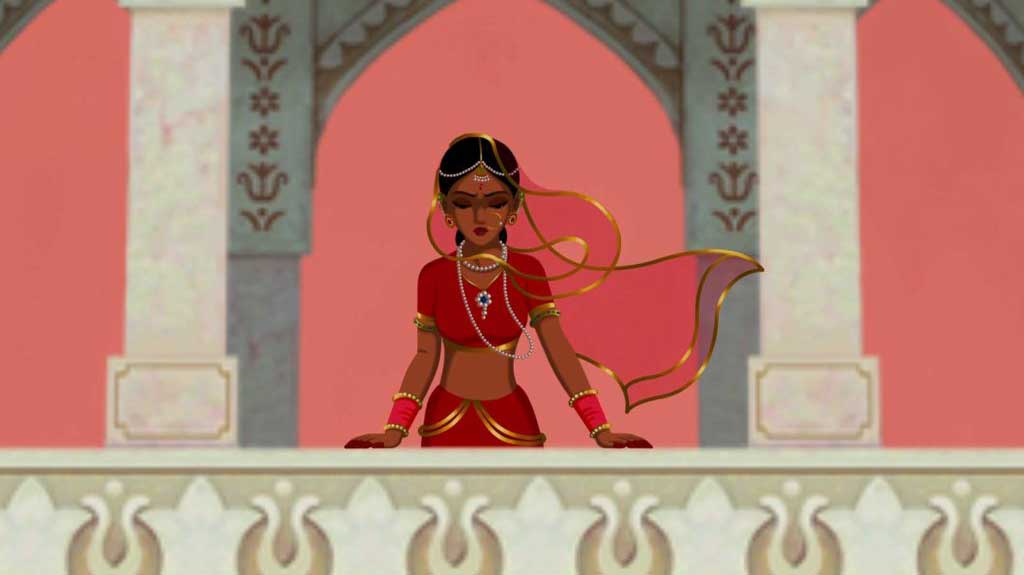 Bombay Rose, Gitanjali Rao’s first feature, was the film that frustrated me the most at the Singapore International Film Festival 2019 and here’s why.

This hand-painted animation film’s plotline reads, “Romance blossoms between Kamala, a Hindu flower-seller who moonlights as a dancer, and Salim, a Muslim who has moved from Kashmir only to struggle to survive on Mumbai’s bustling streets.” The film abounds with cliches, stereotypes and oversimplifications. Why do films set in Bombay feel compelled to have a protagonist working in dance bars? Why do films set in Bombay need to feature a Hindu-Muslim romance? Is there anything Hindu or Muslim about the two protagonists of Bombay Rose other than their names? The detail that Salim is from Kashmir seems to have been added only to make a flippant reference to the current political situation in a single line of dialogue. Otherwise, Salim’s origins do not affect the plot in any way, they simply give him occasional nightmares.

Here’s what the film does—it opens with an over-dramatic scene in a Hindi film with a star (like Salman Khan) rescuing the heroine from thugs and a testosterone-charged audience cheering. It implies that our protagonist, Salim, is subconsciously influenced by the star and his macho persona. This makes it harder for him to accept the fact that Kamala, his love interest, works at a dance bar.

Are fans of Bollywood’s macho heroes the only ones who have a patriarchal mindset in India? Is cinema the only means through which patriarchy is doled out to the Indian masses? Is patriarchy absent from Indian languages, customs and mythology?

Towards the end of the film, Salim dies in a road accident, run over by a car driven by his favourite star, no less! While it is true that people with influence get away with crimes in India, do all film stars really care zilch about their fans? Or is it our prejudiced judgment about a specific star that we extrapolate to all stars, forcing us to stereotype them (similar to the stereotypical corrupt politician character in Indian cinema)?

Art must not remain content with wiping the windshields clean. When analysing society, especially issues like male chauvinism, it must look deeper. Let us consider an educated man: he hates Salman Khan films, watches world cinema, speaks good English, and writes articles about Guru Dutt films. Is he free of patriarchal thoughts? Bombay Rose seems to say yes. It shows us a man in his fifties, with a fashionably trimmed white beard, he owns an antique shop, has refined taste in music, he talks and behaves in a gentlemanly way to a woman of a similar age. This man with his magnanimity ends up saving the day for the underprivileged characters in the film.

Nila, a Netflix film showed us a taxi driver’s dilemma when a female passenger he is smitten by turns out to be a prostitute. By making these films about a taxi driver or a roadside romeo who sells flowers at a traffic signal (Salim), we are trying to pigeonhole a certain section of males as the sole problem. We look down upon those without the same means as us, we pity the poor, we condescend towards the less-worldly boys easily misled by popular culture. In an episode of the television show Satyamev Jayate, to deliberately break the myth that chauvinism and patriarchy are exclusive to low income households, host Aamir Khan presented examples of bride burning that happened in high-income households too.

Why do films like to opt for such extremes, where a potential lover is a dancer at a bar, or a sex worker? Why not a film about the girl next door who wears tight pants and has the neighbours murmuring their disapproval? Or about affluent people who distance themselves from family members who do not conform to widely accepted social norms? Or about students who graduate from top universities but giggle among themselves when one of their female teachers divorces and remarries after turning forty?

I can think of two reasons why films steer away from doing this. One—the extremes, like bar dancers and sex workers, appeal more to film festivals. Having such characters automatically gives your story an illusion of depth and seriousness, as though it were tunneling into the dark abysses of mankind. Two—by taking up a global problem and showing it as a problem plaguing only the underprivileged, the film reduces the guilt for the upper class viewers, who are the most likely to be seated in the front rows (and the judging panels) of a film festival.

That is why it annoys me when films like Bombay Rose get screened at international film festivals. (In fact, it was one of the films in competition.) It somehow reiterates the common perception that developing countries like the Philippines, India, and Iran are the only ones facing serious problems with regard to women’s rights. The reaction from the audience after watching Verdict, a Filipino film on domestic abuse, was similar. There was pity for the women on screen who are forced to put up with abusive husbands. But did the gaze turn inward? Are the women in developed countries not facing any gender discrimination? Is abuse only physical?

[Read Amarnath’s article on A Woman’s Work, a documentary about two former cheerleaders—Lacy Thibodeaux-Fields and Maria Pinzone who independently sue their respective NFL teams for wage theft and discrimination.]

Take Singapore for example. If all were rosy, organisations like AWARE would not need to exist. Singapore’s leading educational institution National University of Singapore came under severe criticism for not taking stringent action against a peeping Tom, and there is no dearth of outrage of modesty incidents either. So is Singapore any different from Indonesia portrayed in Verdict? The forms of expression may change but the underlying problems in attitude are all the same. When films deliberately use underprivileged worlds as their setting, the problem gets swept under the carpet as their problem.

One of the best films that is an in-depth study of patriarchal mindsets without resorting to cliches is Satyajit Ray’s Mahanagar, an adaptation of Abataranika, a short story written by Narendranath Mitra. It deals with the problems a middle-class wife and mother-of-two must face when she decides to go to work to make ends meet. One of the highlights of the film is when the female lead resigns her job, not because she was directly discriminated or ill-treated, but because the callous attitude of her boss towards another female employee irks her. The film also succeeds in digging into the mind of a husband, as well as the boss, both well-educated men, who seem to be open-minded enough to begin with, but expose their patriarchal thinking hiding just beneath the surface.

Bombay Rose soars as an animated film by fusing Indian art sensibilities with animation. It is evident that a lot of work has gone into the detailing of the animated sequences. But as a film attempting to address issues of patriarchy and communal harmony, it oversimplifies India’s issues, and remains content with presenting a foreigner-friendly view of India.

With inputs from Balaji Arumugam, Suja Chellappan and special thanks to SGIFF team.