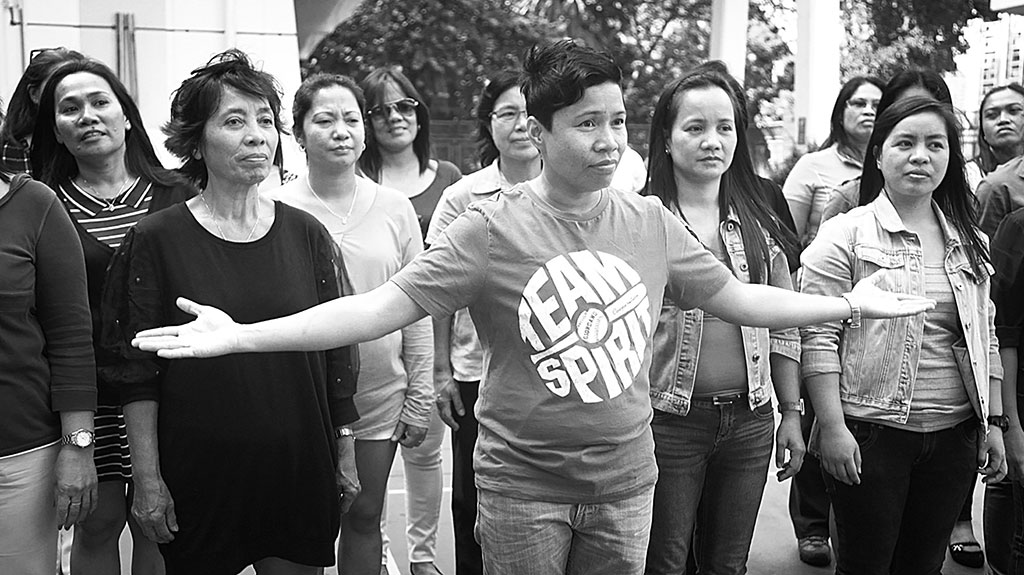 The pandemic has meant a pause, a rethink for many sections of society. The low-income migrant was hit hard, from Tuas to Tirupur to Kuwait City. I do not call them low-skill, which is a political categorisation at best. For instance, many migrant workers in Singapore are graduate engineers who write beautiful poetry, like the winner of the Migrant Worker Poetry Competition 2020, or Syrian refugees in Kuala Lumpur, who possess both educational qualifications and an affection for the oud, which reminds them of their lost homeland, or balad. And everyone else, whose skills are not valued in this world that seems to hold pedigree above everything else, at the cost of human dignity.

In a year of half-baked metaphors about a New Normal, the issue of the migrant worker managed to reach the spotlight. At such a moment, attending the Global Migrant Festival in its online avatar was timely to say the least. A logistical nightmare with multitudes of speakers and hosts from all over the world, it is a tour de force in forging a narrative for migrants. The week-long online event consisted of competitions and academic panels; I would like to disclose here that I participated in one of the panels on migrant narratives, with fellow speakers from the UK, Australia, USA. I fondly recall being a part of the Migrant Poetry Competition’s organising team in 2015, held at the National Library Building in Bugis, Singapore. Back then, in-person events were still the norm.

Documentaries and movies from around the world are often relegated to film festivals, where they are seen by a small unchanging audience year after year. But there are some films that travel past this constraint too, such as Capernaum, directed by Nadine Labaki, who cast refugee children in key parts. In this sense, the Global Migrant Festival is a step towards bringing different movie sensibilities to a wider audience. This year, one of the panels that stayed with me was the partial screening of The Helper, a film on ‘Foreign Domestic Helpers’ in Hong Kong, followed by a conversation with the director. Filmed in Hong Kong and the Philippines, the movie left a mark on me, partly because of my family history. My mother was the first person in my family to take up work in Salalah, Oman, as an English teacher. She wanted me to have a better future. Some of the conversations depicted in the documentary, about the need to work overseas and the absent parent, the scene where one of the workers sits with her suitcase at the airport, revealing to the interviewer that she doesn’t want to leave, but has to, reminded me of what my parents would have felt.The tables turned two decades later, as I had to leave my partner behind in India, for opportunities in Dubai and Singapore.

Kathu Pattu is another film that moved me: families in Kerala shared letters with the male kin working overseas, in the form of audio tapes and letters. Festival founder Shivaji Das moderated a conversation with the Russian/Israeli film-maker Haim Sokol, who made the short experimental film Spartacus (inspired by a scene in Stanley Kubrick’s 1960 movie of the same name), a contemporary take on anti-immigrant right wing politics in Moscow. This sub-titled film is designed to be loud, so as to leave a statement. The Kyrgyz migrant workers in Russia with their cramped living quarters reminded me of Bangladeshi workers in Malaysia.

A question I raised during my panel was about the migrant worker and the migrant elite: what will it take for a broader constituency of workers to express their artistic perspectives, to wrestle attention away from the elites who are seen at the same events every year? The mobile phone is a portable theatre, a filmmaking tool. Every person can now produce art and culture, should they choose to. During the pandemic, entire films were shot and edited on the iPhone. I find this possibility of a democratised art sphere exciting to imagine.

Events such as the remotely held Global Migrant Festival foster avenues for inclusive conversations, and the organisers deserve appreciation for their efforts each year. But I am not clear about the extent of the migrant worker’s participation in this effort. How much were they consulted while firming up the programme schedule, how much are they talked down to? While migrant writers such as Mohammed Sharifuddin have won Singaporean literary laurels, I wonder what it will take for a film like $alary Day to reach the mainstream. The think tank behind the festival needs to decipher how to bring migrant stories through films, music and popular culture to the mainstream.

A film festival centering on migrant labour, the circumstances that give rise to the mass movement of people across land and ocean, and the consequences of such inequalities, told in own voices is a useful touchstone to work towards. Movies have made life bearable for so many of us, nudging us to introspect, to develop empathy, to possibly change ourselves. Stories envisioned by migrant workers can only add to this rich tapestry. After all, we are migrants too at some point, as we live out our lives in this world.

Manishankar is a writer and researcher based in Pune and Singapore. Find him on Twitter.