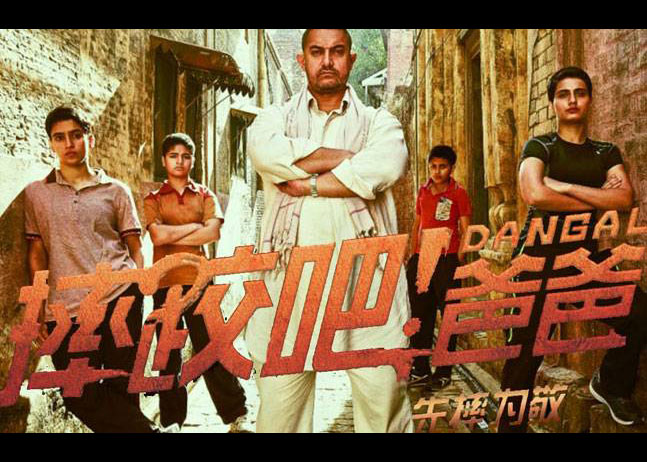 I find Aamir Khan’s popularity in China to be something of a curious phenomenon. I certainly didn’t see it coming; but as I am learning, it isn’t too difficult to see why his films resonated with Chinese audiences.

It started with 3 Idiots, a movie about, well, Three Silly Fools (as the translation of the Chinese title goes), who are square pegs in round holes. The Indian education system threatens to suffocate them, with its insistence on rote learning and reproduction of memorized facts. The lead character, Rancho, played by Aamir Khan, is the antidote to this thought process. Through him, the movie tells us to follow our dreams, to be free and not buckle under expectations the society and parents place on us. It suggests that you pursue photography even if your father wants you to be an engineer, to not take that corporate job that makes you a stooge. You could argue that the solutions offered are simplistic, that middle class parents give everything and more to make sure their children do not have to suffer through life the way they did. But this isn’t the kind of movie to make room for nuance. It is a broad, charming movie that lets you walk out of the theatre with a delicious fullness in your heart, feeling vaguely empowered.

I asked some of the Chinese people I knew a few questions, about Aamir Khan’s movies, how they related to it and what stayed with them long after.

Rannie, an engineer and a photographer, says she watched Three Idiots in Hindi, with Chinese subtitles, because watching a dubbed movie “feels really weird.”

She liked the movie for its positivity, and how it tried to inspire the viewer in a light-hearted way.

Others liked how the movie looked at a system that wants to evaluate students based on how well they perform in an examination, which is an approximation of the Chinese education system as well. There is enormous pressure on children to get into professions widely recognized as stable and worthy, such as engineering, medicine, law.

“This movie makes you think about the dreams you couldn’t follow,” said another responder.

The fascination with Aamir Khan continued with pk (My God Ah), a movie in which he plays the titular character. He is the ultimate outsider – from another planet this time! He wants to return home, and he comes to understand God can help him. So he attempts to understand religion, but soon learns he is not able to make sense of it, the way he sees it being practised in India. He receives contradictory messages from every group he encounters. The entire sequence that has pk figuring out religion is a riot; it is humorous and whimsical, gently prodding the viewer to question their practices while making them laugh at themselves.

“They cannot criticize taboo subjects. Movie makers do not usually touch politics, religion, education, social issues. And they cannot make it funny, people will not watch it.”

She finds that Aamir Khan’s movies are serious and funny at the same time.

“We just don’t see this kind of movie in China.”

Lei is a marketing professional whose work sees her in China one year, and Australia the next. She is a fashion enthusiast.

Dangal (Wrestling Daddy, as per China’s most popular website for cinema, Douban) is a movie based on the true story of two sisters from a village in Haryana, who overcame numerous obstacles to compete at the highest level of wrestling. They initially resist, they think their father pushes them too hard. They do not particularly enjoy wrestling, they cannot eat their favourite foods and the training makes their bodies ache. But they come around, after one of their friends is married off to an older man, without her consent. They see the future that awaits girls like them, when controlled by men unlike their father. They like the sport even more after they start winning.

Cici, who watched a dubbed version of Dangal, says that she heard her friends talking about the movie, and decided to watch it after finding out “it was about a father who trains his daughters to be world-class wrestlers.”

“Growing up in China, I am quite familiar with it. People favour boys over girls. If the resources are limited, many parents will invest more (or invest only) in their sons. Even worse, under China’s one-child policy, some parents abandon their girls or choose abortion. Anyway, gender inequality is a global problem. So it’s inspiring to see that that father realized girls can be successful too, even in a field that is usually considered boys-only. He is strict, dedicated, demanding, just like many Chinese parents. That’s something I can relate to.”

Cici says she is a little interested in India too, which is another reason for her to watch Indian movies.

“I want to know more about the country, its people, culture, religion. Watching movies is a great way to do that.”

Cici works in Human Resources; she has one foot in China and another in the United States.

The feminism in Dangal has been widely debated, both in India and China. Many feminists did not like the father forcing his ambition on his daughters, making them do things against their will, which is yet another expression of patriarchy. Dangal, however, is more about patriotism than feminism. The feminism in Dangal is a byproduct of one man’s love for his nation, but this does not mean we can disregard the movie’s approach to feminism. There is still a place for this kind of empowerment in many societies around the world, where women have to fight for small freedoms that we may take for granted.

It is interesting that most people do not view the song-and-dance sequences as strange. They seemed to accept it as the norm for Indian movies, a welcome distraction almost.

However, Cici did say that she doesn’t understand why Indian movies need to have so many dances.

“It is normal for Chinese movies to have music, but dance is something quite unusual. Unless the movie itself is about dance,” she added.

At the time of writing this, Aamir Khan’s Secret Superstar is playing in theatres. It is about a Muslim girl who dreams of becoming a musician. Keeping with what has now become Aamir Khan’s trademark, the movie takes on a number of other themes: domestic abuse, the choice to wear a burqa, women’s empowerment, going viral on YouTube.

In a recent interview, the actor was quoted saying, “Secret Superstar will definitely release in China.”

Special thanks to everyone who agreed to be interviewed. 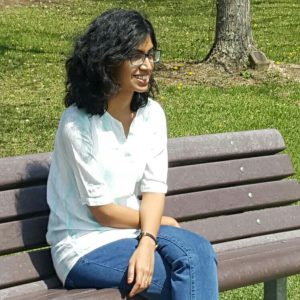