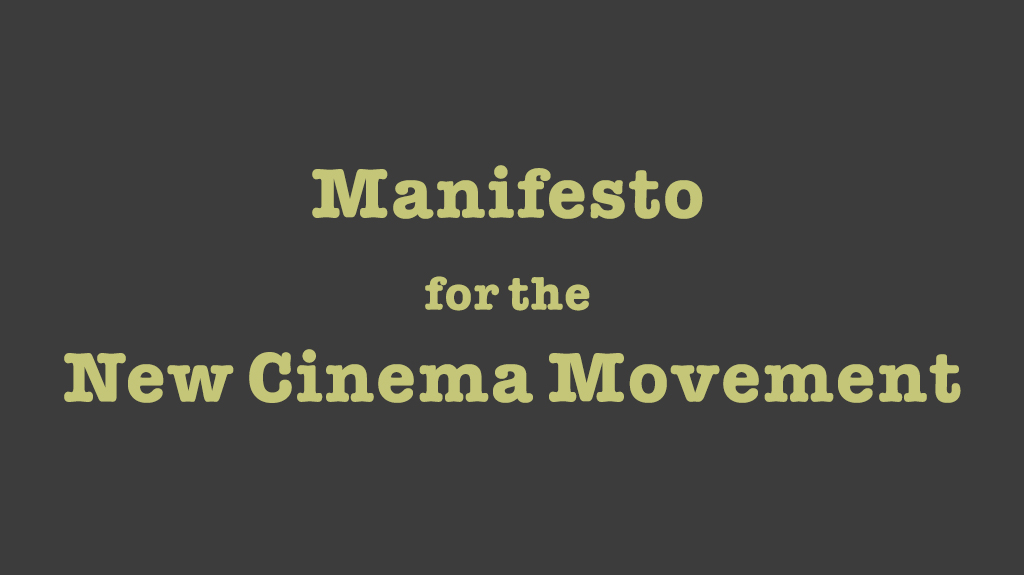 In 2019, Indian Parallel Cinema will turn fifty. In all probability, this milestone will pass by without any fanfare or acknowledgment by the film world. Indian Parallel Cinema was the most sustained, creative and distinctive art film movement of the past fifty years. While the impact of this movement was not felt on a scale comparable to other international film movements, the legacy of parallel cinema in India is quite remarkable. It is yet to be placed more fully in our discourses about the historiography of film. Over the past two years, I have been attempting to re-map and re-canonize Indian Parallel Cinema[1]. This came about because the discourse and canon is largely skewed towards Hindi language films, while the contributions of regional cinemas have often been overlooked and sidelined.

My recent work on Indian Parallel Cinema was partially inspired by indiancine.ma, expressly the Jadavpur Media Lab, a resource for over two hundred Indian films, stretching across four decades. Accordingly, I have canonised Parallel Cinema in five different phases—which are tentative and loosely structured. My own research is focused specifically on the first cycle of Naxalite[2] inspired films from West Bengal, many of which had to forge a new syntax. These films make up the foundational years, demonstrating a solidarity with the struggles of the global sixties. This moment is a historical, political and aesthetic rupture[3]—where we can see a clear break from the past, in the form of both The Naxalite Movement and Parallel Cinema, a spectacular collision of history and film. In some respects, the significance of Mani Kaul[4] and Kumar Shahani’s work[5] in this period has been reclaimed—many of their films have been restored now. However, much of their work still remains inaccessible—many films exist on old VHS copies, some of these have been uploaded to online streaming sites. In recent times, we have also seen books on the auteurs of Indian Parallel Cinema: Uncloven Space: Mani Kaul in conversation with Udayan Vajpeyi (translated from Hindi by Gurvinder Singh, 2013) and The Epic Cinema of Kumar Shahani (Laleen Jayamanne, 2014). 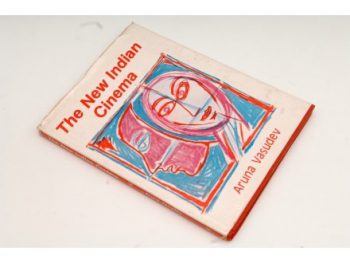 Over the past few years, much of this Parallel Cinema has been supported by the Film Finance Corporation (FFC) and the National Film Development Corporation (NFDC), and released under the Cinemas of India label—perfunctory releases, with access still remaining an issue. This could be a reason for the lack of scholarly engagement with Parallel Cinema. The last major book length publication on Parallel Cinema was The New Indian Cinema (1986) by Aruna Vasudev. Since then, we have certainly seen contributions in terms of chapters for edited volumes, but the refusal to use the term Parallel Cinema—replacing it with New Cinema, New Indian Cinema, New Wave—has further obscured the distinctive cinematic approach and radical creative spirit embraced by the filmmakers of the time. Even if a discourse has emerged online in recent times, the absence of retrospectives and wider discussions among cinephiles has threatened to reduce and ghettoise Parallel Cinema, reducing it to the curiously political footnote in the development of Indian art cinema. Parallel Cinema questioned the status quo, exploring social issues through new modes of representation. In light of what is happening today in India—historical re-engineering instigated by Hindutva and the silencing of leftist voices—the history of Parallel Cinema becomes altogether precious and in need of revisiting, if only to remind us of how film can challenge power and construct a counter narrative, in which critical debate is imperative.

Not many would have realised that July 2018 marked fifty years since Mrinal Sen and Arun Kaul published Manifesto for the New Cinema Movement (1968)[6]. The manifesto came at a critical time for Indian cinema—the late sixties. It is worth pointing out that film manifestos are not rare by any means. There have been plenty of them through the history of cinema. However, very few have come from India. In 1948, Satyajit Ray published an article titled What’s wrong with Indian films? It was perhaps one of the earliest calls for a new kind of cinema in India, although lacking the rigour and insight of a proper film manifesto. The manifesto for New Cinema by Sen and Kaul was just as much a plea for new film aesthetics as it was for a change in industry practices. Many of the changes they demanded were aimed squarely at an inadequate distribution and exhibition network for independent art films in India. The manifesto was in no way a blueprint for the ways in which Indian cinema needed to revive itself. But what seems particularly notable is the vigour and detail with which Sen and Kaul set out a viable strategy to improve accessibility.

One can only imagine what this meant for the wider mainstream film industry and their total grip on cinema halls. Sen and Kaul’s call for a new chain of art film theatres that could be used exclusively to exhibit Parallel Cinema films would never come to fruition. It made perfect sense then, and it still does. Nonetheless, Shyam Benegal’s unexpected success with Ankur suggested a new distribution and exhibition platform was not completely necessary. Blaze, who distributed many of Benegal’s early films suggested it was possible to infiltrate the system, though, this was largely because Blaze was an advertising company with access to the exhibition network in India. But this breakthrough came much later in 1974, towards the end of the most experimental phase of Parallel Cinema. Whereas Ankur got a release, a state-backed film like Mani Kaul’s Uski Roti languished. Both are seminal films, but Uski Roti seemed to fully embrace the ethos of the film manifesto, heralding a proper aesthetic break from the past. Moreover, the realism of Benegal’s work harked back to Ray.

2019 offers a golden opportunity to look back at Parallel Cinema, not only through the lens of the manifesto and reconsider the aims of the movement, but also to rethink the linear historiography of Indian cinema. The overemphasis on the trajectory of contemporary Indian independent cinema has been at the expense of relegating the achievements of the past. We seem to have missed a beat in the field of Indian film studies, a significant one, and re-engaging with the history of alternative Indian cinema from the 1960s onwards remains severely incomplete. This is why I implore film festivals, programmers and curators to consider carving out a space for celebrating Parallel Cinema in 2019. This means thinking about which films to screen and why. While there are physical prints of Parallel Cinema films in the UK and Europe, the lack of English subtitles makes it a problematic venture. The National Film Archive of India (NFAI) holds many recently restored films in their vaults and to organise and deliver an extensive retrospective outside of India would be an expensive undertaking. It is possible though. In the past few years, the UK has seen retrospectives of Ritwik Ghatak (curated by Sanghita Sen) and Govindan Aravindan (curated by Arindam Sen); at one time, this seemed unimaginable.

It will be interesting to see how many film festivals—other than the requisite South Asian ones—take up the challenge and throw down the gauntlet for resurrecting the memory of Parallel Cinema. The fiftieth anniversary is also an ideal chance to hear from some of the key players of Parallel Cinema—Kumar Shahani, Shyam Benegal, Adoor Gopalakrishnan, Aparna Sen, Ketan Mehta, Saeed Mirza, Shabana Azmi, Naseeruddin Shah to name a few. Alongside this, there should be a greater engagement from film sites, researchers, cinephiles, scholars, historians, fans and editors, to broaden the discourse. Regional films could be inserted into the narrative, resisting a wider cultural hegemony imposed by Anglo-centric accounts of global film history.

Last year, I tried to organise the first ever UK conference on Indian Parallel Cinema with my colleague Dr Sanghita Sen at St Andrews. I was denied funding on the basis of my subject being too narrow, and I was told it would not attract enough interest from other students and scholars. I was not surprised, considering that the academia mostly consists of white middle class patrons. I also attempted to commemorate Indian Parallel Cinema at the BFI, but this fell through as well.

Parallel Cinema has the potential to blow away many myths about the parochial nature of Indian cinema—this is still the lens through which mainstream film journalism in the UK and the West looks at films from the subcontinent. The denial and disregard for the cultural and creative achievements of Indian Parallel Cinema has its roots in racist and colonial history, it is a legacy of the Anglo-centric view that determines what constitutes good cinema. To scream cultural amnesia, or to argue that there is no audience for revisiting these films is simply not enough anymore. It is important that we examine the lack of diversity in the representation of Indian cinema, and how South Asian cinema has been continually dismissed in the broader cine-geography, when it should be celebrated.

[2] 51 years of Naxalbari: How a peasant uprising triggered a pan-India political movement. Adrija Roychowdhury. Published May 25, 2018 in The Indian Express.

[6] Manifesto for the New Cinema Movement (1968) is one of the essays published in Film Manifestos and Global Cinema Cultures: A Critical Anthology. Edited by Scott MacKenzie, published in March 2014 by University of California Press.

[7] Open Wounds: The contested legacy of the Hungry Generation. Ankan Kazi. Published in The Caravan on October 1, 2018.

Omar Ahmed is a UK-based film scholar. He is currently completing a PhD at The University of Manchester, funded by The Arts, Humanities and Research Council (AHRC), focusing on Indian Parallel Cinema. He published his first book Studying Indian Cinema (Auteur/CUP) in 2015, an extensive exploration of Indian cinema through fourteen key films. He also contributed to The Directory of World Cinema: India (Intellect, 2016) and recently published a chapter on Sholay (1975) for Unbridling the Western Film Auteur (Peter Lang, 2018). He has written the first monograph on RoboCop (Constellations: Auteur/CUP, 2018) and curates Not Just Bollywood, a regular season of South Asian films for HOME in Manchester. He writes regularly on Indian Parallel Cinema at his website.