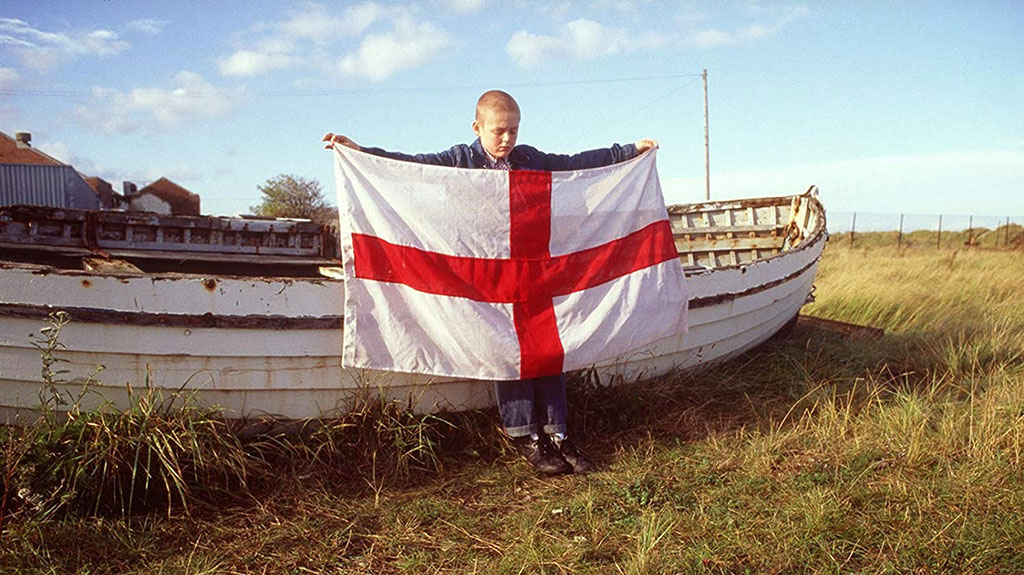 Danny Cohen’s 80s grainy cinematography and Ludovico Einaudi’s heartbreaking soundtrack accompany This is England. A tear jerker by Shane Meadows, he creates a drama based on his childhood experiences. Midlander also introduced a few actors to the world. Thomas Turgoose, Joseph Gilgun, Jack O’Connell (whose part was written specifically for him), Andrew Shim, Vicky McClure (who becomes even more magnificent with every passing year), Rosamund Hanson, Chanel Cresswell, Michael Socha, and Andrew Ellis… all of them embody their roles, and truly become the everyday heroes you see on camera. The amazing Stephen Graham and Johnny Harris need no introductions. 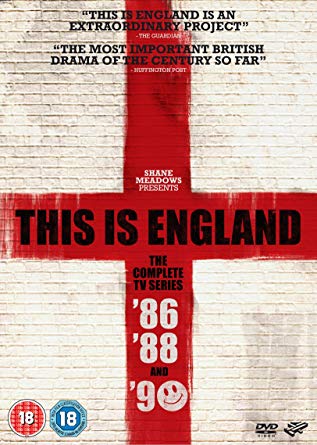 The opening credits, the archival footage, the montage spanning from the Falklands war to the Knight Rider (1982)—all of this sociopolitical situation in England of the 80s, and the world. Shaun, Milky, Lol, Woody, Smell, Gadget, Trev, Kelly, Lenny, Pukey, and Bully go through the inescapable process of becoming men and women, a rite of passage. And share the story of a lifetime. I have included references from both the film and the mini-series, they start from ’83 and go on until ’90. I believe I’ve kept all spoilers out. If you haven’t watched it, I hope your interest is piqued. If you have, I hope you see where I’m coming from.

This is England looks into the state of mind of a gang of skinheads and ska lovers, preteens living in Thatcherland. It explores the mentality that shapes opinions on politics, economy, race, generation gaps, religion. This is England can also be read as “This is <your country of origin>.” 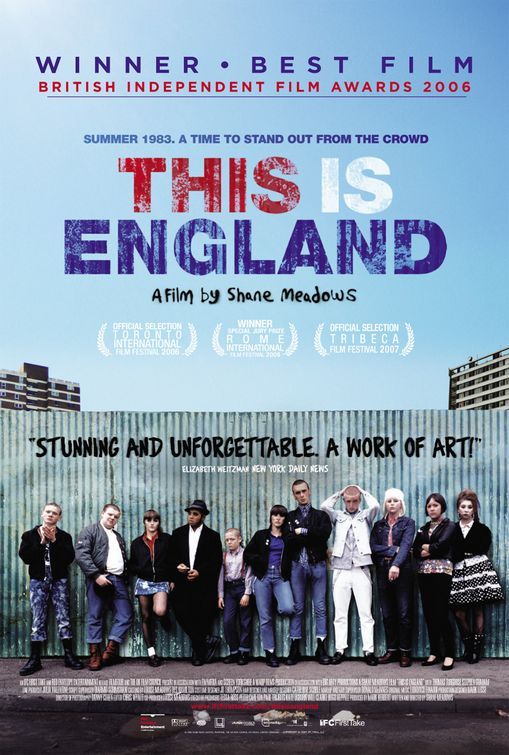 There are some astonishing cinematic moments that take both the film and mini-series to a league of their own.

This is England, it is…

Combo: I forgive you… I just hope one day you’ll be able to forgive me…

Combo’s (Stephen Graham) monologues and outbursts are phenomenal and his path is the cornerstone of this journey. You will hate him with a passion in the beginning, only to feel for him wholeheartedly in the end. This is England paints a picture of racism, but also of what happens when life relentlessly pins you against the wall.There are innumerable moments of English realism throughout the film and series, you may find yourselves confused as to which line readings are scripted, and which ones aren’t. This is England could as well be a sociological docudrama on Thatcherite England, and life itself.

Konstantinos got into TV and Film production immediately after school. He has been studying and working in this field ever since. In 2011, he won the Nostimon Imar Award (Best Greek Director Abroad) for his short film Ithacathat he wrote, edited and directed. The following year, he donated his documentary Asperger Syndrome: Myths & Reality to the National Autistic Society in the U.K. Konstantinos lives and works in the U.K. as a freelance Video Editor and Camera Operator for corporate videos, fashion shows, and documentaries. He is currently pursuing a PhD in Film at the University of Nottingham and reviewing films on his own blog.