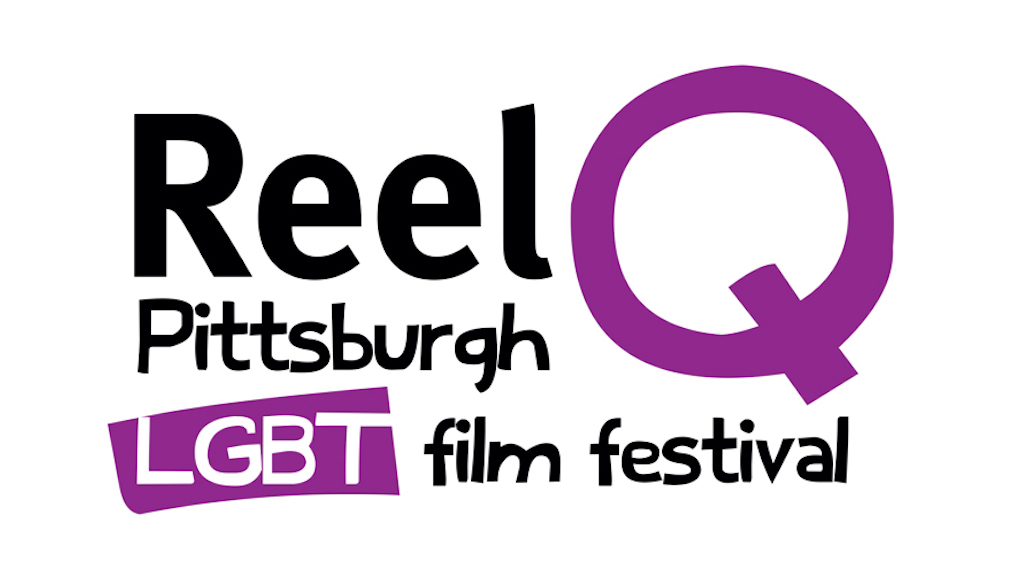 Film festivals are hard work: watching film after film, feeling too cold or too warm, shifting in my seat because my back hurts, writing down things in my notebook in the hope that they will be useful. If there’s one thing I will take away, it’s that writing in the dark isn’t as difficult as I previously thought.

“You better have some clever things to say.” I ignore this voice. 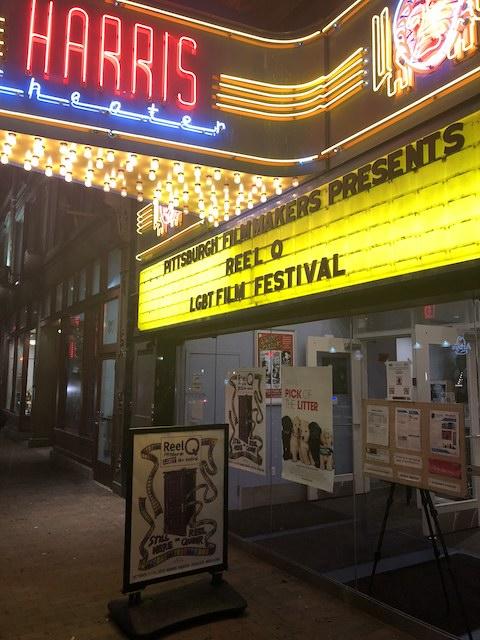 Ideal Home is the opening night film: an over-the-top comedy about an affluent gay couple suddenly faced with the prospect of having to care for a child. They learn some things from each other, about love, family, tolerance, and all that stuff, they reach a happy ending. The audience is almost entirely made up of men—men with their partners, looking to have a good time, men in high spirits, men eager to laugh. There is something to be said about watching a film with a room full of strangers: their energy rubs off on you. I find myself smiling, even when I don’t find the jokes particularly funny. I must be happy to be here.

Anchor and Hope is a lighthearted movie that stays true to its genre requirements: it comes with a pleasing view of the London canal, and it is about two women who want different things from their relationship. Eva gets pregnant with help from her straight friend Roger, and her partner Kat, who would much rather have a cat, is not able to warm up to the situation. Predictable confusions and conclusions aside, there was a bit of Hinduism Lite for White People action happening in the movie. Eva’s mother grew up in a “hippie commune” and it is mildly funny to watch her throw around words like Shiva, Ganesh, Vishnu, Shakti, Yoga, Meditation, Om.

The second film of the night, Mario, is more intimate and moving. It takes a close look at the lives of young football players in Switzerland, a space where homosexuality is not tolerated. Mario is talented and driven, but still unsure of who he is. He has never had a serious relationship with a girl, and he hasn’t yet thought about why this is so. He is assigned accommodation with Leon, his attractive teammate who is more confident. After some push-and-pull maneuvers, Mario admits his feelings for Leon, and they begin a relationship that must remain secret. Things don’t go as per plan, of course.

Mario and Leon are contrasting in their personalities. Leon is tired of hiding who he is, he doesn’t want any more of the nightmares, the lying, forcing himself to score a few goals and soldier on—“I never want to go back to that.” Mario is more cautious, he doesn’t want his relationship to jeopardize his career, even if his double life leaves him sleepless, disturbed, conflicted.

“What are you so afraid of?” asks Leon. Sometimes it’s easier to lie.

I’ll admit, I’ve been a bit nervous about this day: four films, one after the other, like a marathon I haven’t trained for. I arm myself with a scarf and a notebook.

Trans-tastic is a series of ten short films, exploring the various realities of transgender lives, in between the flamboyance and the depression. There are animated movies (line drawings, stop-motion), documentaries, narrative films, some are short even by these shortened standards (one film is two minutes long, another four minutes).

Mathias is the longest of these films: At thirty minutes, it tells a satisfying story about a transgender man, Mathias, as he navigates his new identity. He starts working at a factory, which comes with its specific brand of performative masculinity. He hides from his coworkers, constantly wondering if they are buying his act. One of his colleagues recognizes him from before, when he used to be Magda, and tells him he doesn’t belong.

It is worth noting that even though Mathias has troubles at work, not everyone who works with him is transphobic. He has supportive friends and family, and his girlfriend is surprisingly tolerant of his mood swings and grumpy behaviour. Mathias needs to work on accepting himself.

1985 is a gentle drama, black and white, shot on film. Adrian is gay in New York City, when he is away from his small town Texas home, which stifles him with its Christian values. He returns home for Christmas in the winter of 1985, to a stern father whose sour mood is interminable, a curious and sensitive brother whose music tapes have been confiscated for being too secular, a mother who is lovable but overly devout. Adrian plans to come out to his family. He tries, and tries, and eventually, he must accept his identity to a person he never imagined having this conversation with. His life is a template, a story all too common for gay men of that decade, one that doesn’t guarantee a happy ending. But the performances elevate this film into being more than a retelling of stereotypes.

In the tape Adrian leaves for his brother, he says, “There is a whole world for you out there. … You are not as different as you think.”

I get some bitter coffee and settle in to watch Lez Bomb, a ‘comedy’ about coming out as lesbian over Thanksgiving dinner. I always have some misgivings when a movie is marketed as funny—I almost never laugh. Whiny and hesitant Lauren, with the perfectly curled hair and Hare Krishna beads, is simply unable to find the right moment to tell her family that she is with a woman. Everyone talks over everyone else, and they assume Lauren’s straight male roommate, Austin, is her partner. There is some well-intentioned comedy about Lauren’s teenaged niece coming on to Austin, but this didn’t land for me, considering Austin is a black man and Lauren’s niece is a white girl used to having her way.

I laugh out loud exactly once, when Lauren’s mother tells her, “If I see you playing the tambourine and begging for money…I swear to God…”

The last film of the night is Mapplethorpe, a film about photographer Robert Mapplethorpe, known for his homoerotic art (actual images created by the artist can be spotted through the movie). Matt Smith (he of The Crown) plays the titular character, and at least three different women gushed about him, and the royal family in general—surely I cannot be the only one not obsessed with the royal family? This film is a window to the art scene and the underground queer culture of New York City in the 1970s and 80s, with all the attendant drugs and unprotected sex.

The screening is plagued by projector issues though, I don’t get to watch the end.

I am a bit tired at this point, after three days of sitting in the same cold, dark theatre. But something happens when the lights go off and the trailers start playing: it’s a whole new world, a whole new day.

The first feature is a series of short films about relationships outside the mainstream, some of which included: lesbian couple waiting for potential sperm donor, bisexual woman who inadvertently makes plans to meet with a man and a woman on the same night, trans dog-walkers in San Francisco, closet lesbian whose political affiliations are at odds with her sexuality.

The second feature is another series of shorts, and the theme this time is self-love and expression of one’s identity. Mrs. McCutcheon, a seventeen minute long film, is about a boy named Tom who likes to dress as a woman. He names himself Mrs. McCutcheon. Trevor is Tom’s only friend in school, and Trevor accepts Tom as Mrs. McCutcheon, the only one to do so. The film is on-the-nose and tries too hard to be cute, but the audience really enjoys it, even voting for it to win the Favourite Short Film award.

TransMilitary is a documentary about trans people in the US military, which in spite of being against transgender troops on paper, employs over 15,000 such people. We follow some of them, as they take us through their journeys and tell us about the injustices they face. I sit curiously unmoved through it all, not because I don’t want trans people fighting for their rights, but watching a 93 minute long documentary about the US military seems to put me off. When we are shown Iraq and Kandahar, newsreels from the other side play in my head, leaving me unfocussed. Everyone walks out clapping, I stay in my seat and wait for the last film to start playing.

When The Beat Drops is the closing night film, and it introduces us to Bucking, a form of dance that makes the dancer look like a stallion, also an alternate universe where beautiful black men dress up in shiny costumes and dance like no one’s watching. The cast includes Anthony (one of the pioneers, and founder of the dance club Phi Phi), Napoleon (a teacher who keeps his dancer identity a secret), Flash (cheerful in spite of the tragedies that have visited him and his family over the years). The film carefully explores the relationship these men have with a racist and often homophobic society, a society that fetishizes the black body but only in accordance with its norms. It all builds up to a bucking competition in the end, that celebrates diversity, hard work, and the fierce desire these men share, to remain true to themselves—“We are not hurting anyone.”

I would have liked for When The Beat Drops to win the audience award for documentary, but we know patriotism trumps inclusivity.

I decide to take a break from cinema theatres.

[1] About Robert Mapplethorpe: A biography by Tate Britain