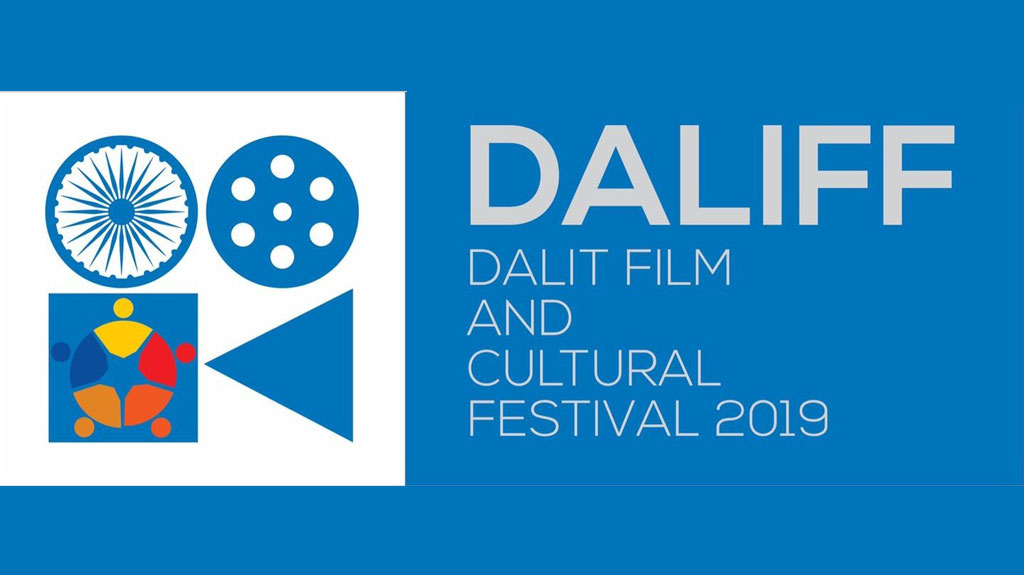 The first Dalit Film and Cultural Festival (DALIFF) was organized by US Ambedkarites in February 2019 in New York City, with an aim to establish Dalit cinema as an independent genre of filmmaking. Films focusing on the lived realities of Dalits were screened at the film festival. There were also a couple of discussions centered on art, social justice, and cinema.

When the posters and schedule for DALIFF came out, the most notable event for me was the panel discussion on Dalit Cinema: Art of the Century. The panelists were Jayan Cherian, the director of the Malayalam film Papilio Budha; Nagraj Manjule, the director of the Marathi films Sairat and Fandry; Niharika Singh, film actress and the first Dalit to win the Miss India title; Pa.Ranjith, Tamil filmmaker; Jayashree Kamble, a Dalit professor teaching English literature at LaGuardia college, NYC.

That evening at Barnard College was rather goosebumps-inducing. Pa.Ranjith walked into the lecture hall, as the end credits of his film Kaala rolled in the background. The audience—a hundred or more—stood up to applaud him. Ranjith is seen as the voice of a generation, a filmmaker who reimagined the Dalit identity both within and outside cinema. His films (Attakathi, Madras, Kabali, Kaala) offer social commentary and a point of view rarely seen in Tamil cinema; he has set up initiatives like the Casteless Collective (a music band rooted in sociopolitical reform), and Neelam Productions, creating a space for other filmmakers to speak out against oppression. An example is Pariyerum Perumal, a film he produced under this banner, that has seen widespread commercial success.

Before I delve into the panel discussion, I would like to talk about films screened at the festival. Day 1 featured Pariyerum Perumal, directed by Maari Selvaraj. There was also Kaala, directed by Pa.Ranjith, that featured Rajnikanth as a don in Dharavi fighting for people’s rights to their land. Day 2 featured the Malayalam film Papilio Buddha by Jayan Cherian, about a group of untouchables living in the Western Ghats, who convert to Buddhism to escape caste oppression. There was Nagraj Manjule’s debut Marathi film Fandry, that landed two National Awards, one for Best Debut Director and another for Best Child Actor. Neerja Ghaywan’s Hindi film Masaan was screened as well—it is about a boy whose family’s ancestral occupation is servicing the crematorium along the Ganga, in Varanasi. Pistulya, a Marathi short film, and Kakoos, a Tamil documentary film about manual scavenging were also screened.

It was inevitable that the panel discussion drew the maximum audience. Suraj Yengde, a postdoctoral fellow at Harvard’s Kennedy College, was the moderator. Suraj has been a prominent voice in the media on caste oppression. The discussion began with each panelist giving their take on the plight of Dalits in India, and the portrayal of Dalit lives in Indian cinema.

Jayan Cherian went first. He made a point about the Left parties in Kerala refusing to acknowledge caste hierarchies, since it complicates their agenda of class unification. He emphasized that caste oppression was prevalent across religions, and denounced the idea that Kerala is a progressive state that did not practise caste oppression. Nagraj Manjule was asked about his film Sairat being remade in Hindi as Dhadak—a remake that was stripped of its anticaste politics. He replied in Marathi (translated by Professor Jayashree), “What I did was Sairat. Whatever came next is not my Sairat.” Sairat was incisive in the way it showed caste and class relations, and what happens to young love in the face of such oppression. Niharika Singh spoke about the struggles she encountered, on her path to winning the Miss India pageant. Ranjith spoke in Tamil about how the questions he had on identity and caste led him to Ambedkar, and about his desire to live a life in accordance with Ambedkar’s vision.

Suraj then invited questions from the audience. An elderly gentleman asked Nagraj if he wasn’t compromising on his ideals by working with celebrities like Amitabh Bachchan. Nagraj said that it was important to take these discussions to a broader audience, and casting a superstar in his film was simply the means of outreach. Jayan, however, maintained that working with stars inevitably led to compromises in content, a watering down. A middle aged woman asked Ranjith about repeatedly casting fair-skinned women in his movies. Ranjith and Niharika clarified that skin colour and caste are not related, and it is a misconception that Dalit women have to be dark-skinned. He also gave few examples of casting dark-skinned actors like Aishwarya Rajesh, Easwari Rao in his films.

“Why should a Dalit always be dark-skinned?” –Ranjith

Niharika spoke about the role of color and caste in society and cinema. She referred to the perpetuating of Varnashrama, the tenets of Hinduism that created and supported the myth of pure, fair-skinned upper caste women, and impure, dark-skinned lower caste women. Colourism in India is rampant, and takes on casteist undertones.

Jayan continued on this subject, talking about how a star like Mohanlal can paint his face black and act as an adivasi [indigenous people]. There were questions to Ranjith about his future projects, to which replied that he’d be making a film on Birsa Munda. There were repeated requests from the audience for Nagraj Manjule to recite some of his poetry in Marathi. Here is a rudimentary translation of one of his verses:

To find lost people,
their photographs are put up in the newspapers;
But there is no photograph of these lost ones,
because the ones that don’t have a photograph are lost.

Suraj concluded the discussion by talking about the unconditional love Dalits have for the society that insists on oppressing and ostracizing them. He said, “It is only due to the Dalit love towards everyone that our societies did not see any civil wars.” Panel discussions like this are a way to keep reminding everyone that injustice towards Dalits is not a relic of the past. It is present today, in both overt and subtle ways.

“Why is it so hard to respect another human? It is something that each of us has to ponder!” –Nagraj Manjule

[1] Smouldering Rubber – The Politics of Kabali, published in the first issue of The World of Apu.

[2] Exploited or foolish: How Adivasis are represented in Malayalam cinema, written by Neelima Menon for The Newsminute. Published on March 13, 2019. Accessed on April 24, 2019.

[3] Kaala and Pa. Ranjith the artist, published in the sixth issue of The World of Apu.

Aswin is a techie, who spends his weekends watching world cinema at Bryn Mawr Film Institute. He enjoys writing and football. He is currently working on a short film. All his writing can be found on his blog; you can follow him on Twitter as well.