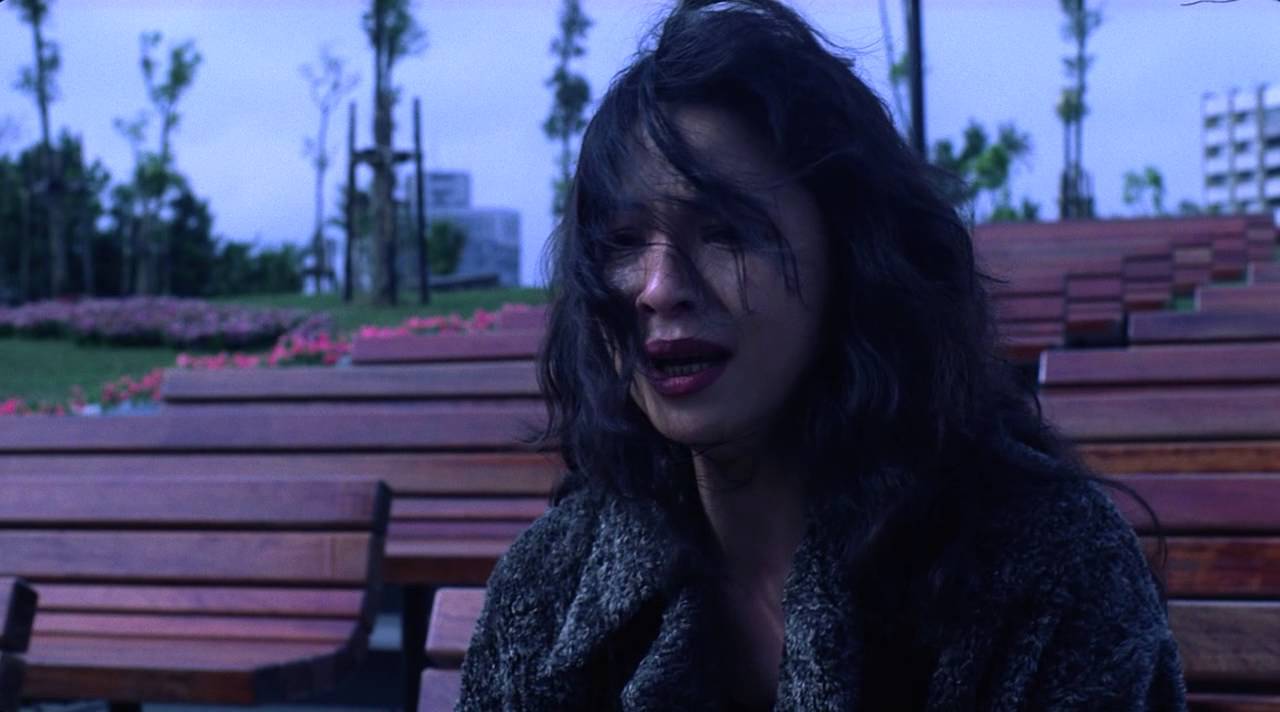 This poem has been translated from Chinese by Chow Teck Seng. Read the original here.

Poet’s note: This poem uses the French New Wave film theory to slow down the tempo of the narration. It is inspired by the last scene in Tsai Ming Liang’s Chinese language movie Vive L’Amour. Tsai enjoys focussing on still shots that capture the trivialities of daily life, which could last as long as seven minutes in a scene. Tsai is heavily influenced by French New Wave cinema.

A poem written in the style of a New Wave film

A girl walking in the park. Short takes display the park with details, including the fruit trees planted by the Founding Father, in line with the young saplings delicately planted by primary school students; in addition to this, benches abandoned by those who roam the street and reclaimed land blocked by yellow tapes.

The girl kept walking in the park. In a full-length shot, the park is seen enveloped in an aura of morning freshness. A man dressed in yellow doing his exercises on the stairs. The street lights go out. Occasionally, the redness of the flowers seems to brighten up the garden, and the remote empty housing that symbolized layers and layers of civilization.

The girl approaches the stretch of benches and sits down on one, weeping. She recalls last night, the person she shouldn’t have fallen in love with. She deduces that the debt was probably one she had inherited from her previous incarnation. She wonders why the old man sitting on the bench did not come up to comfort her.

Now there’s a close-up of her face. The girl is still in tears. A couple passes by in front of the bench

She is still in tears. The old man leaves to have his breakfast and gossip at a coffee house nearby.

The girl is still in tears. Yet no one hears her, despite her exceptionally sharp cries.

She stops weeping, reaches into her bag for a cigarette, to smoke away the remaining of her life.

Kong Long Mao (Ang Jin Yong) is the editor-in-chief of WhyNot, a Singapore-based Chinese literary magazine. When it comes to writing poetry, Jin Yong takes his cue from Zhang Wuji, the famous pugilist from Louis Cha’s wuxia novels, believing that in order to bring out the best in one’s craft, one has to completely forget the techniques one has learnt. Read a recent interview here.

Singapore-born Chow Teck Seng writes poetry primarily in the Chinese language. He has won awards such as the Singapore Literature Prize (2014) and Golden Point Award (Chinese Poetry, 2009), and has been featured in several international literary events. He lectures in Chinese Literature in Malaysia and Singapore at the National University of Singapore, and is also pursuing a PhD in literary criticism and comparative Sinophone literatures at the University of Cambridge. You can find more of his work here, here and here.