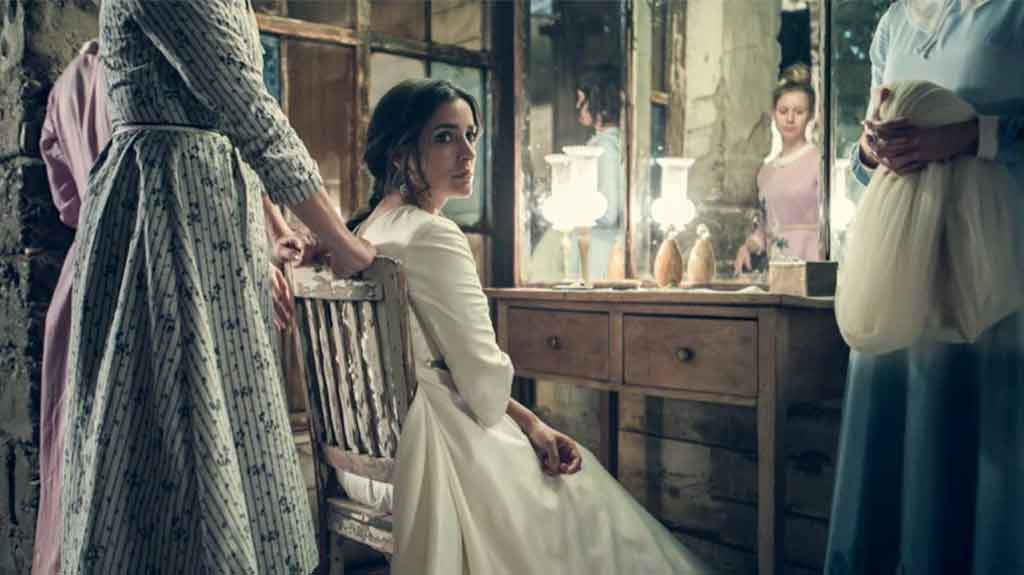 A short note on the film and film festival

Singapore is great for its abundance of cultural events—there’s hardly a weekend without an event in design, art, literature or film. I particularly love the European Union Film Festival as it provides a refreshing alternative to the forgettable Hollywood movies that usually come to Singapore. But one doesn’t just stumble upon a film festival. Due to their ephemeral nature, film festivals require careful planning and a certain degree of binging if you want to make the most of them. The festival setting adds that little bit, that elevates the movie-goer experience; in this case, my focus moved from the film to the manchego cheese served before the movie! Attending the EUFF also gives you plenty of opportunities to chat with really interesting people from different countries, try the different international snacks that vary based on the film being screened, The festival is not just about the film but about the entire experience, from food to the people and finally the Q&A with the Director.

I was therefore looking forward to the film La Novia, directed by Paula Ortiz, which was presented at the EUFF on the 18th of May, 2019. I am not a Spanish speaker, but I love watching Spanish films—they are full of passion and intimacies. Even if a lot of context is lost in translation, the force and expressions in Spanish cinema grips me every time. And La Novia was no different. Some of the dialogues come directly from Lorca’s play Blood Wedding, upon which the movie is based. I wondered if the translated Lorca works had been consulted to produce the English subtitles, as some lines sounded quite abrupt.

The film portrays the gruesome choices that make up adulthood. With the snap of a finger, we can suddenly be stuck in the wrong life, burdened by all of life’s emotional baggage. The HDB flat that we want to buy, the car that we can’t afford, the dog that we want to accessorize ourselves with—these are things La Novia does not address, as it is set in 1933 Spain. It describes the struggles of a bride stuck between two lovers, lovers who have spoiled her since they were all teenagers. Now that adult life calls, she marries one of the boys, and a bloodbath unfolds; this is a hint to the original title of the play by Lorca.

As the wedding day progresses, we spiral deeper and deeper along with the bride, feeling the tremors of her choices. The movie plays with imagery more than dialogue, and captures the symbolism of Lorca’s play. The moon resembles death, walls hint at suppressed emotions, glass is cutting throats, the recurring depiction of horses refers to the masculinity of the bride’s lovers and, of course, there is lots of blood. The poetry of Lorca’s original story is present in the movie, aided by the beautiful landscapes of Spain and Turkey—this is poetry for the eyes. Part of the movie is set in the well-known rock formations of Cappadocia, which were more identifiable than the Spanish Monegros desert (home of many spaghetti-westerns), where most of the action occurs. The Turkish set slightly clashes with the story, as it is just used as a backdrop for horses running; no real action develops there. This results in the two sets not entirely coming together as one. The director later explained that adding the Turkish coproduction was a requirement to fulfil the European Council grant, from which the movie benefited.

The movie builds on the tense atmospherics until everything turns into a bloodbath…the final decisions come to haunt the bride, the gruesome choices turn into blood, but she doesn’t waver. The movie does not surprise us with the story, as the bride’s decisions are revealed at the beginning of the movie. It instead indulges in the fear of a bride on her wedding day.

Note from the artist

This drawing was inspired by Ricard Castells‘s illustrations; specifically the illustrations that appear in the Catalan edition of Ursula Wölfel’s Fliegender Stern, a book that really impressed me as a kid. Castells passed away in 2002 and his works were donated to the archives of the city of Barcelona. But they don’t hold any of the illustrations or sketches of this particular book—I spent an afternoon looking through them all!

Carla is an engineer living in Singapore. When work doesn’t get in the way of life, she enjoys anything artsy—fringe theatre and gallery openings (with free beer, please) being the top choices.

Henrik is a German engineer who has been living in Singapore for the last three years. He is passionate about food, movies and drones, always in that order.