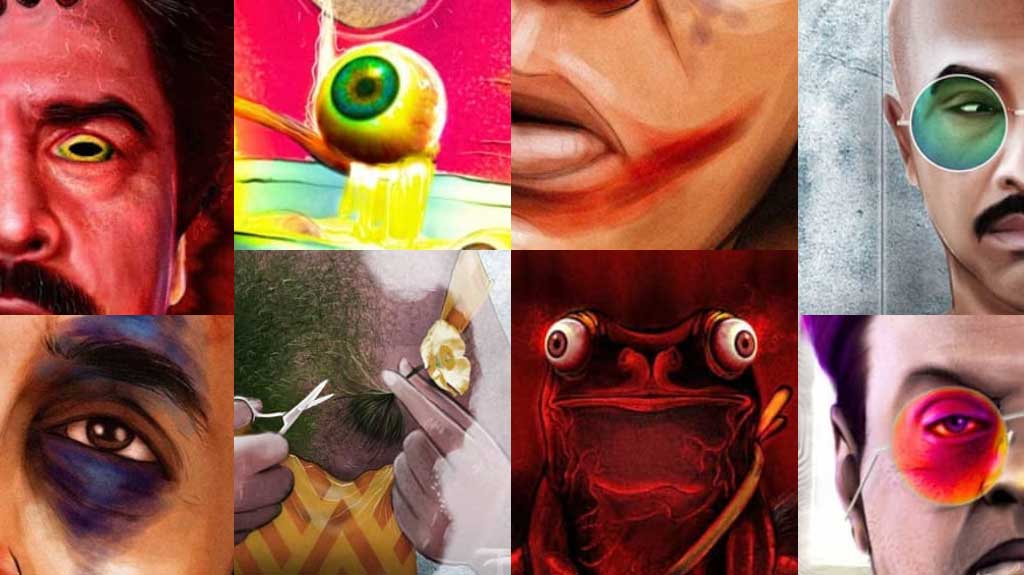 Fame is not permanent. A person holds on to their fame for a period of time, and then people forget their idol and move on. I wanted to draw attention to a few such personalities, and maybe open the door to a memory, but in another dimension. I didn’t want to portray these personalities as they are known in real life, which is why I’ve reimagined them as their surreal counterparts.

I chose these actors because they each have their own style, character, and impact. They are also not very well known among Tamil cinema’s younger audiences.

I find satisfaction in creating work that is surreal, doing my part in allowing these characters to remain in public memory.

Fear and loathing in Tamil Nadu

Vijayakanth has been an actor, a star, and a politician. I liked him in Chinna Gounder (1991), in which he plays a benevolent village chieftain. 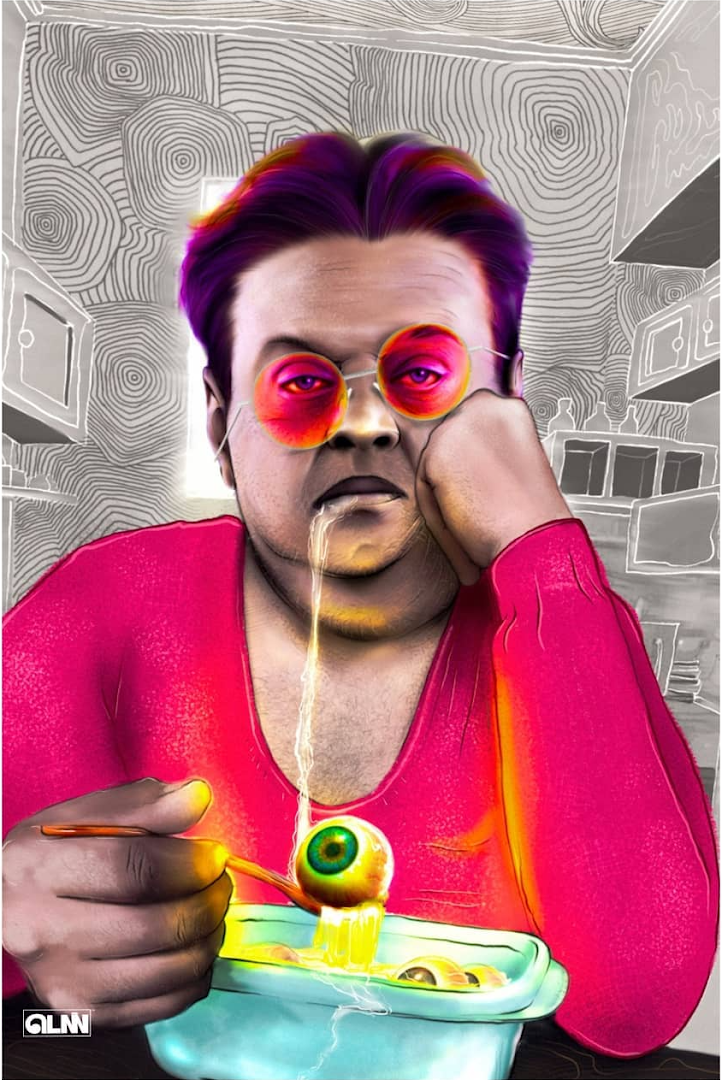 Sathyaraj has acted in a variety of roles, but it is his turn as the slimy politician Amavasai in Amaithi Padai (1994) that remains my favourite. 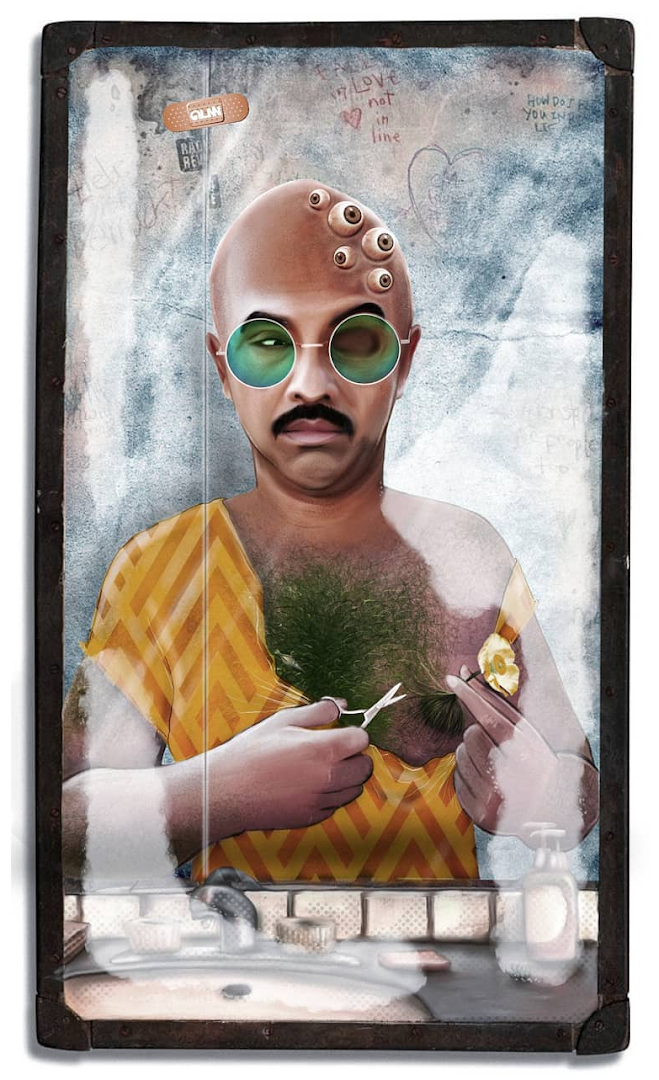 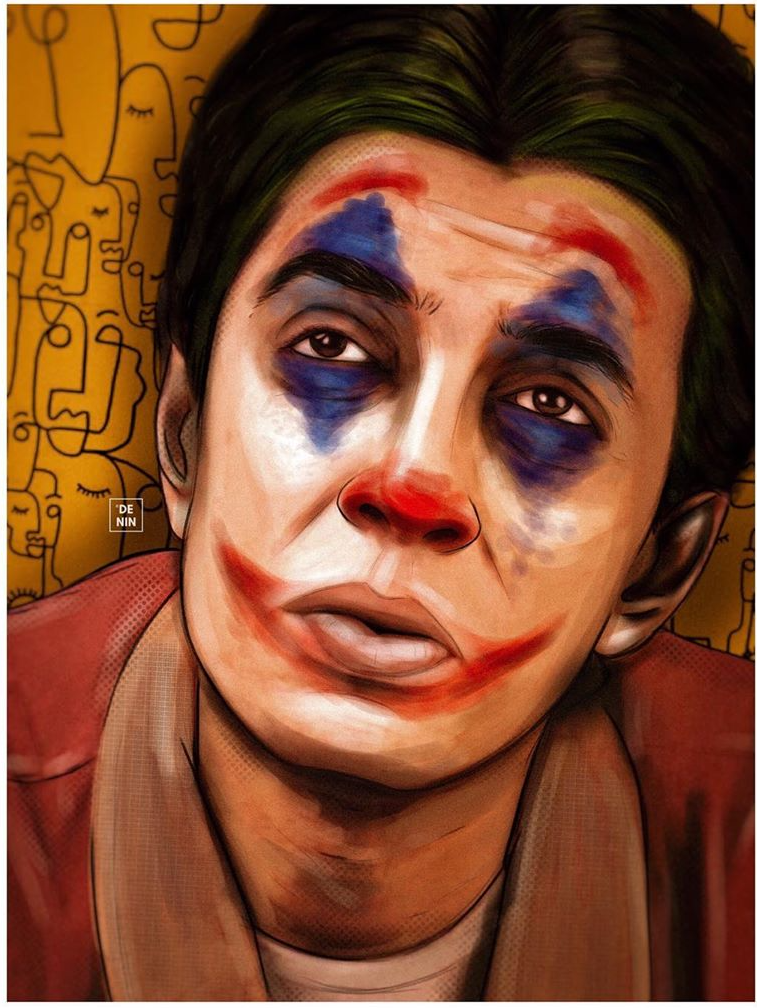 Pandiarajan directed and acted in Aan Paavam (1985), an enjoyable comedy about one man’s errors. 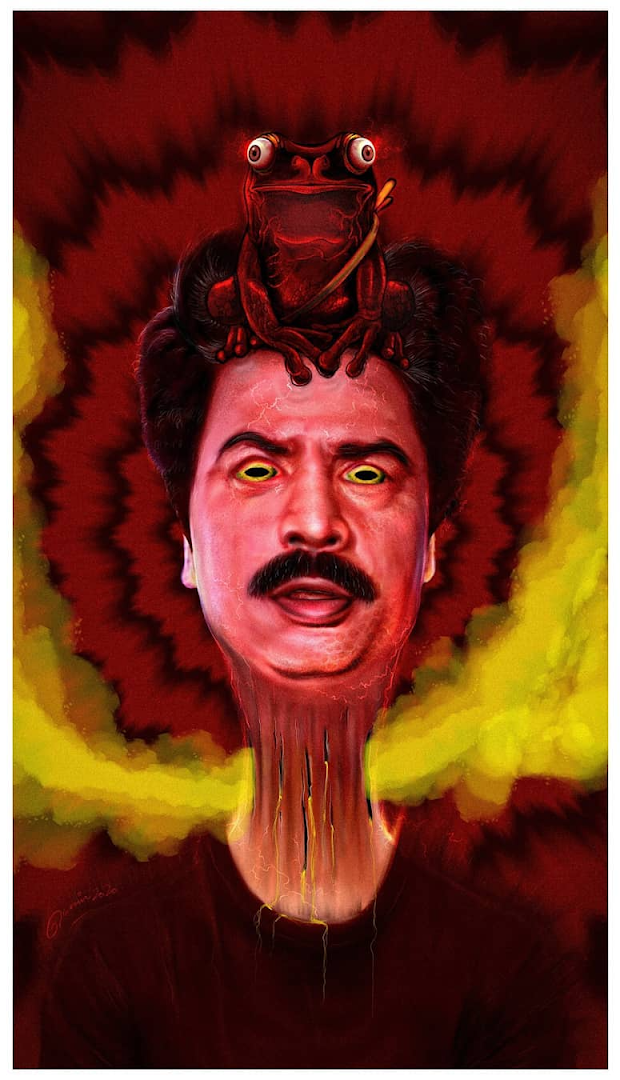 Denin Rajkumar is currently pursuing his Master’s in Fashion Designing at Government College of Fine Arts, Chennai. He is an illustrator and an aspiring filmmaker. He shares some of his work on Instagram.