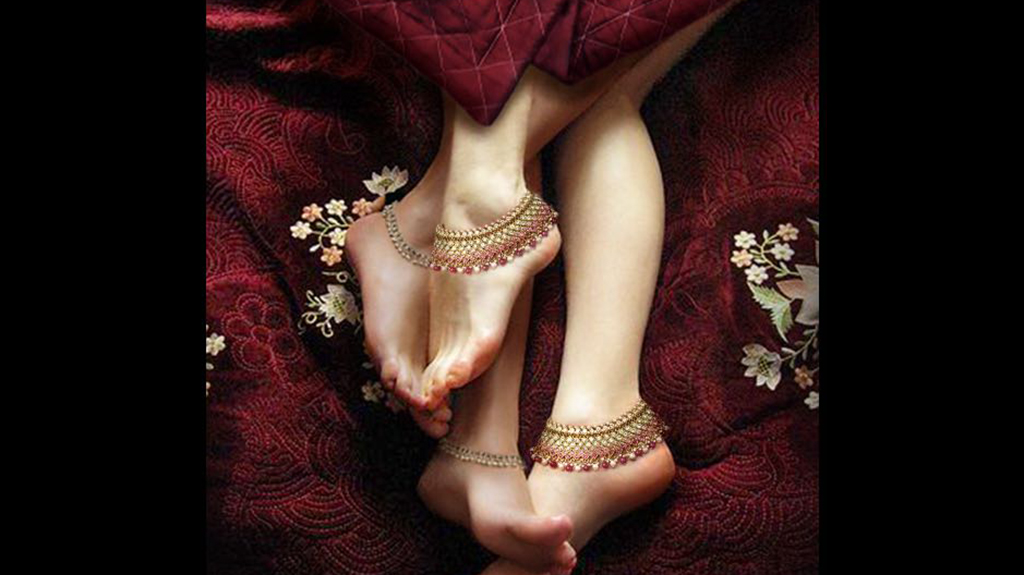 I had the opportunity to attend an interesting panel discussion on Recognition of Female Sexuality in Cinema and watch a few films at the Singapore South Asian Film Festival 2018. With packed meals, filled thermos flasks, and shawl, I was ready for the long day ahead of me, a day of cinema. I managed to call a cab. Saturday mornings are hard to get a cab in Singapore, and so I reached the venue on Ann Siang Road about ten minutes late, or that’s what I thought. I was relieved to find them getting the dais ready.

It was interesting to note that, excluding the moderator, the panel had only one woman—Golda Sellam, a demure film director/editor from France. On the contrary, the audience was predominantly female, except for two men. There were, of course, a few men as part of the camera crew and audiovisual team. The discussion, though said to be unplanned, felt structured. Almost all dimensions of the topic were covered.

One of the questions discussed was, “Why sexuality or sensuality in a woman is always depicted with a reason, mostly attributing to loneliness, as in the case of Ray’s Charulata?”

Someone in the audience asked, “Can’t a woman stray as a man does, with or without a reason? We certainly need such characters in our films.” Perhaps we can expect such films in the future.

Right after the panel, I went one floor up to catch the short films. Over 10 short films of various languages were screened one after the other. While every film was fresh and unique, and undoubtedly worth watching, they failed to stay with me. Do I blame the uncomfortable chairs? Maybe the organizers could arrange a full day session for these short films: each screening followed by a short discussion. That might give the films the respect they deserve, and possibly they will stay with the viewers longer.

There was a two hour gap before the screening of the next film Sonata. I spent the time going through the reading and editing material for my upcoming novel. Sonata, about three single women in their fifties, is a story told in an original way. It cannot be called a Bengali movie, neither is it a Hindi movie, it is probably an English movie, since that was the language used most frequently.

Shabana Azmi plays an interesting character of contrasts, at times cynical, often brutally critical, yet always honest. What an amazing artist! Aparna Sen’s character—sagacious and docile—provided a foil to Azmi’s character and performance. This movie unfolds within the four walls of a living room, but moves across spaces and time through the use of dialogues. Along the way, it raises many questions about feminism and the contemporary women’s world.

Sons and Fathers is an eye-opener for those who know nothing about the racial conflicts in Sri Lanka. For those like me, who know enough about it, the movie came across as a poetic retelling of the story of a musician, in that region and time period of civil strife. I thought that the film did a decent job of presenting a message about a macro issue, through a micro life. When a mixed race family grapples with survival, with a hand-to-mouth existence, does the larger conflict matter as much? Yes. They fall heavy on the family. We see how prior to some bitter incidents, the same family and the same society and the same cinema industry coexisted amicably. The rich detailing worked in the film’s favour, though at times the narration seemed to lack depth.

I could only watch some of the screenings of Sg.SAIFF 2018. As the Kannada movie, Akkammana Bhagya, clashed with Mayurakshi, I ended up choosing the latter. Such dilemmas are inevitable in film festivals, and we often have to make choices.

Mayurakshi, the Bengali movie I was fervently waiting for, did not disappoint. The doyen Soumitra Chatterjee played the role of an 84-year-old father (Sushovan), and his performance left me with so much to ponder. His decline with age is captured brilliantly through use of dialogues. For example, when they admit him for tests, he tells his son, “Your mom hated hospital stay.” This tells us that he remembers small details even after two decades, but at the same time, he forgets what happened that very morning. The relationship between the dementia-stricken father and his only son could not have been depicted better. It was a treat to witness the subtle yet strong bond.

The movie starts with the son (Aryanil, played by Prosenjit Chatterjee) returning home from the US. The father dislikes the son’s beard. The son laughs it off twice, thinks of shaving, and even applies shaving gel all over his beard. But he thinks over it for a while and washes off his beard without having shaved. I loved this shot, it spoke to me about the conflict in his mind. There are many such poignant moments in the movie. The son’s relationship with a married woman (his friend since his college days) is carefree and genuine.

There were two other lovely moments in the film: One, Aryanil hears from Mayurakshi’s daughter that her mother loved his father very much. He then realizes why his father had wanted to meet Mayurakshi so urgently. Aryanil does not have her address, and spins stories so his father stops asking. Two, Aryanil cries thinking of his father. Prosenjit Chatterjee complemented the senior actor in every way. A wonderful movie!

All three movies left me with the same question though: is life all about the gleaning of memories, to relive them as we move towards the dusk?