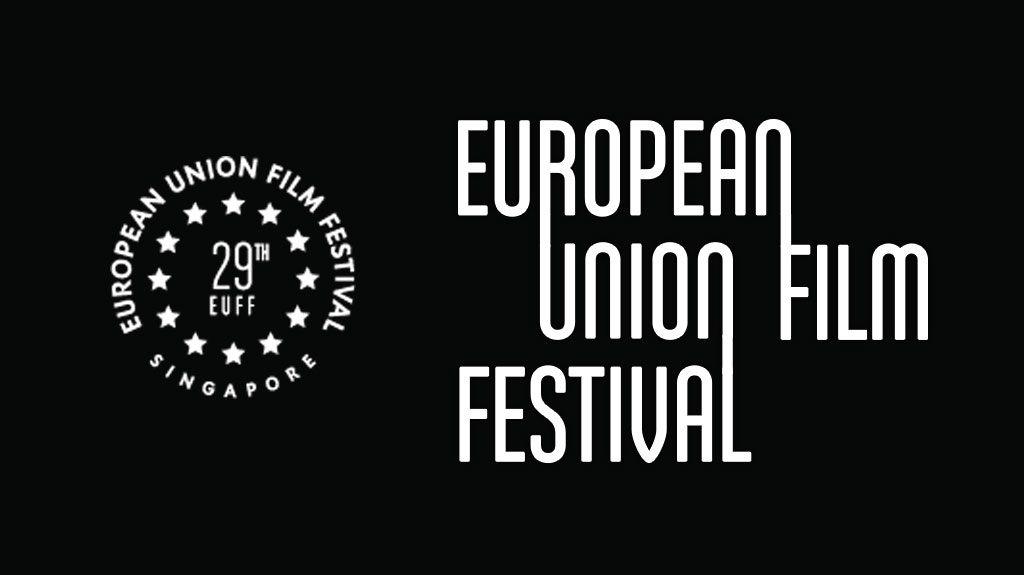 The exciting and occasionally nerve-wrecking phase of any film festival is deciding which films to watch. I have burned my fingers many times before by choosing overtly metaphorical films that take themselves too seriously—Burning and House of my Fathers are classic examples. This time around, I had 27 films to choose from at the European Union Film Festival (EUFF), one each from 27 different countries in Europe. As I watched the trailers, I realised mysteries and thrillers do not interest me anymore. I am drawn more towards drama, and the trailers that seemed most interesting were Le Ciel Flamand and Jan Palach.

I made a list, remade it, made it again and arrived at ten films. One was a whimsical comedy, another a delightful period film, two very moving dramas, one film that looks at Second World War through a child’s eyes, three documentaries that were revelatory, one passionately made film about sex (or maybe one film about passionate sex), and a biopic of a rebellious writer.

[I have written about the ten most impactful scenes, one each from the ten films I saw. You can read it here.]

In this article, I would like to make some observations about the films I watched.

Here’s an insight I had: each one of the European films was very good at storytelling that connected on an emotional level. Kenneth Tan made the same point when I interviewed him. He said, “If I were to point out one striking aspect of movies from Europe, compared to movies from anywhere else in the world, I would say that somehow the European filmmakers, when they treat and portray interpersonal interaction and human relationships, they do it better.”

I realised he is absolutely right. Even if the narrative lacks depth or direction, you find at least one of the characters escorting you home. The Swedish film The Cake General tells the story of Köping, a nondescript town in Sweden that gets voted the most boring town in the country. Even IKEA shuts down its branch in that town. One man, Hasse P, decides to put Köping back on the map by making the longest layer cake and entering the Guinness Book of World Records. (This film is based on the life of a real person of the same name who still holds this record). Although you can easily guess how the narrative will unfold, watching this quirky character going about town trying to accomplish his mission was a delight!

Another example is the Austrian film Mademoiselle Paradis, one of my favourites from the lineup. This is a biopic of Maria Theresia Paradis, an Austrian musician and composer, a contemporary of Mozart, who lost her vision at an early age. The film shows us the treatment her healer Franz Mesmer (the word “mesmerism” is derived from his name) gives her, and how her relationship with music changes as a result.

But the film also portrays with great nuance her relationship with Agnes, a maid at Mesmer’s house. Agnes, a sprightly young lady, takes advantage of Paradis’ blindness and does sneaky things—she takes a sip from her drink, she tries out her special gown when she is not around. Paradis enters the room all of a sudden, and after a bit of hide-and-seek, finds out the truth. She forces Agnes to remove the gown immediately and breaks down when the laces refuse to come off. But the beauty of their relationship is that it evolves. Later on, when Paradis regains her vision, and friends ask her who is the most beautiful woman she has seen, she says it is Agnes. When Agnes falls sick, Paradis even sings a song for her. Going by the tenets of Hollywood screenwriting, such detours are irrelevant to the overall arc of the film, which is essentially about Paradis, her music and her dire efforts to regain vision. But these detours add flavour to the narrative, perhaps these touches are what make a distinct European sensibility.

Illustrator Andy Tuohy once mentioned that he is drawn to films with a “reflective European sensibility.” When we asked him what he meant by that phrase, he said, “A philosophical approach to story and mood that doesn’t necessarily conform to a neat or upbeat ending. Slower paced, more dialogue driven as opposed to big action sequences, and the influence of expressionism, particularly films produced in the 70s and 80s.”

I could feel this sensibility in many of the films I saw, especially in the Belgian film Le Ciel Flamand. It is an emotional drama with some whodunnit elements, yet it patiently allows the story to unfold. There are frequent cuts to wide angle shots that place the characters against vast, empty landscapes. Even after highly emotional moments, we cut to characters being alone by themselves in silence. The emotions are intense but muted.

There is no hurry to push the plot forward. The films give ample screen time for characters to breathe, for us to take in what happened. In a scene from the Czech film Jan Palach (a biopic of the Czech student of the same name who immolated himself in protest against the Prague Spring in 1969), a dog in Jan’s house has just given birth to five puppies and they cannot take care of all of them. Jan’s mother asks him to drown one. The subsequent scene plays out in realistic fashion: Jan looks at the puppies, picks one, hesitates, picks another, carries it in a sack to a nearby stream and looks away while drowning it. There is not much emotion on his face, there are no special sound effects, no background score to underline the moment (a temptation I am sure Hollywood would have succumbed to). It is what it is—a guy drowning a just-born puppy because it simply has to be done. Nothing more. Nothing less.

The other startling revelation for me was the surprising number of films screened at the festival that were adapted from plays or novels. At least 8 of the 27 films were adapted from books and plays. I discussed this with Paula Ortiz and Javier Garcia Arredondo (filmmaker and screenwriter of the Spanish film La Novia), and learnt that Paula is always looking for stage plays she can adapt to cinema, while Javier would love to bring Julio Cortázar’s works alive on screen. (Read their interview here.)

Artist and designer Trotsky Marudhu remarked once, “You cannot have good cinema if you don’t have good comics.” His point is that the evolution of cinema, comics, graphic novels, painting and technology are interlinked, they go hand in hand. Comics is an art form which uses visuals to push the narrative forward. So is cinema. Any advancement in one of these forms is bound to influence the other. In fact, he said, some of the pioneering filmmakers who pushed the boundaries of cinema further were fundamentally visual artists (Sergei Eisenstein, Satyajit Ray, Alfred Hitchcock, Akira Kurosawa). This dialogue between art forms is crucial for creativity, for infusing fresh ideas, and avoiding stagnation.

Fittingly, the venue for all EUFF screenings was the Ngee Ann Kongsi auditorium inside the National Gallery, and it deserves a mention. What we see as the National Gallery today was once Singapore’s Supreme Court building and City Hall. It is an example of one form becoming quite another. When Kenneth Tan called it a “cosy space” during his interview, I remember nodding vigorously in approval. I have attended several talks, panel discussions and film screenings at the National Gallery, The Arts House, and other adjacent buildings. Each journey to these spaces and every walk along the roads connecting them always feels like a quest. I approach these buildings with a warm feeling, as if I am returning to a familiar place. I go in knowing that when I walk away, I will definitely be carrying something new, something different, something that provokes me to think.

This year, after a film screening, I went to the National Gallery’s rooftop garden, snuggled into an easy chair, stared at the gallery’s dome, and the clear, blue sky beyond. I truly wish that the venue for the EUFF screenings does not change.

I also realised that a well-curated film festival opens windows into the lives of others. It facilitates empathy and a more intimate understanding of people and their issues. Power in Our Hands, a documentary depicting the struggles of the deaf community in Britain and their fight for rights was eye-opening, it was a bit like seeing the world through “deaf” eyes. It was fascinating to look at the strong sense of community, the crucial role of videos in preserving and spreading sign language, the formalisation of the British Sign Language with grammar and structure, and how sign language eventually came to be seen as an advantage. The thriving presence of animals in urban spaces (De Wilde Stad), the tumultuous life of Greek writer Nikos Kazantzakis (Kazantzakis), the complexities and challenges in accepting immigrants in Europe (Eldorado), a woman’s struggles to get a manual on sex printed (The Art of Loving)—the festival opened many such windows for me.

In Mademoiselle Paradis, while undergoing treatment to regain her vision Paradis tells Mesmer, “My friend told me that with eyes one can see the truth.”

Mesmer smiles and responds, “The eye is just another sense and brings us no closer to the truth.”

The EUFF has brought me closer to many truths and many lives.

Our special thanks to Shirlene Noordin from Phish Communications, Deepika Shetty and Carlota Fontaneda from the European Delegation in Singapore. They received our requests with smiles and made coverage of the EUFF a truly delightful experience.