We asked Vishwanathan to give us a photostory. We told him it should involve cinema, theatres, and his own experiences. A life divided between Nagercoil and Chennai – one a town in the southernmost tip of India and the other a bustling capital city – his photographs tell us another story of a life spent inside and outside cinema halls.

Trivia: All photos were clicked during a 48-day shutdown of cinema halls in Tamil Nadu, over a stand-off between film producers, digital service providers and cinema hall owners. 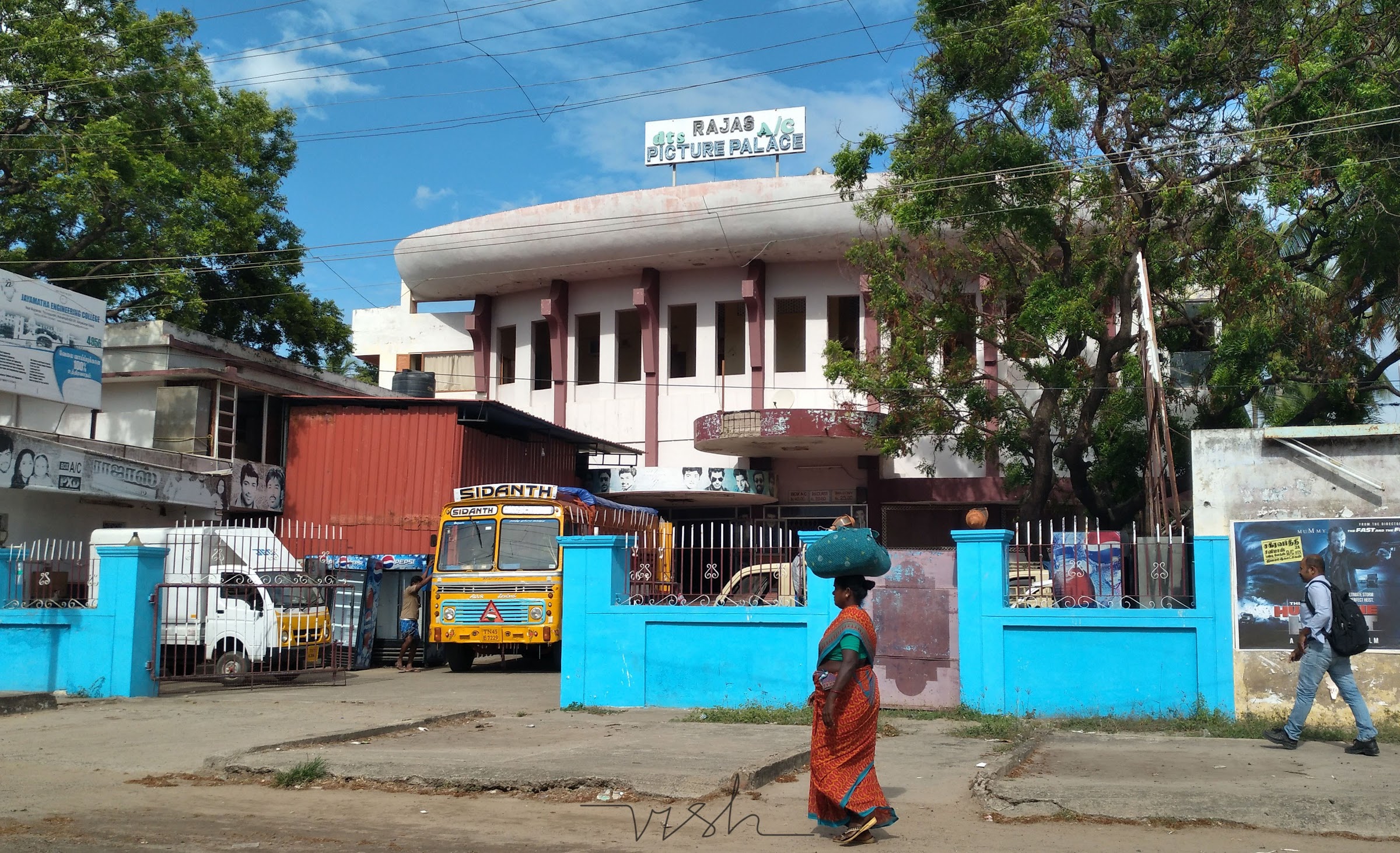 I went to watch Rajapattai here, bunking school. The front seats were dusty, and full of rubbish. I remember people used to buy second class tickets and jump across the seats to watch the show in first class (there were no seat numbers). I also watched Jilla here, and a clash erupted between fans of Vijay and Ajith. They started throwing slippers and bottles. One guy even lit a firecracker during the introduction song, and the screen was damaged a little. 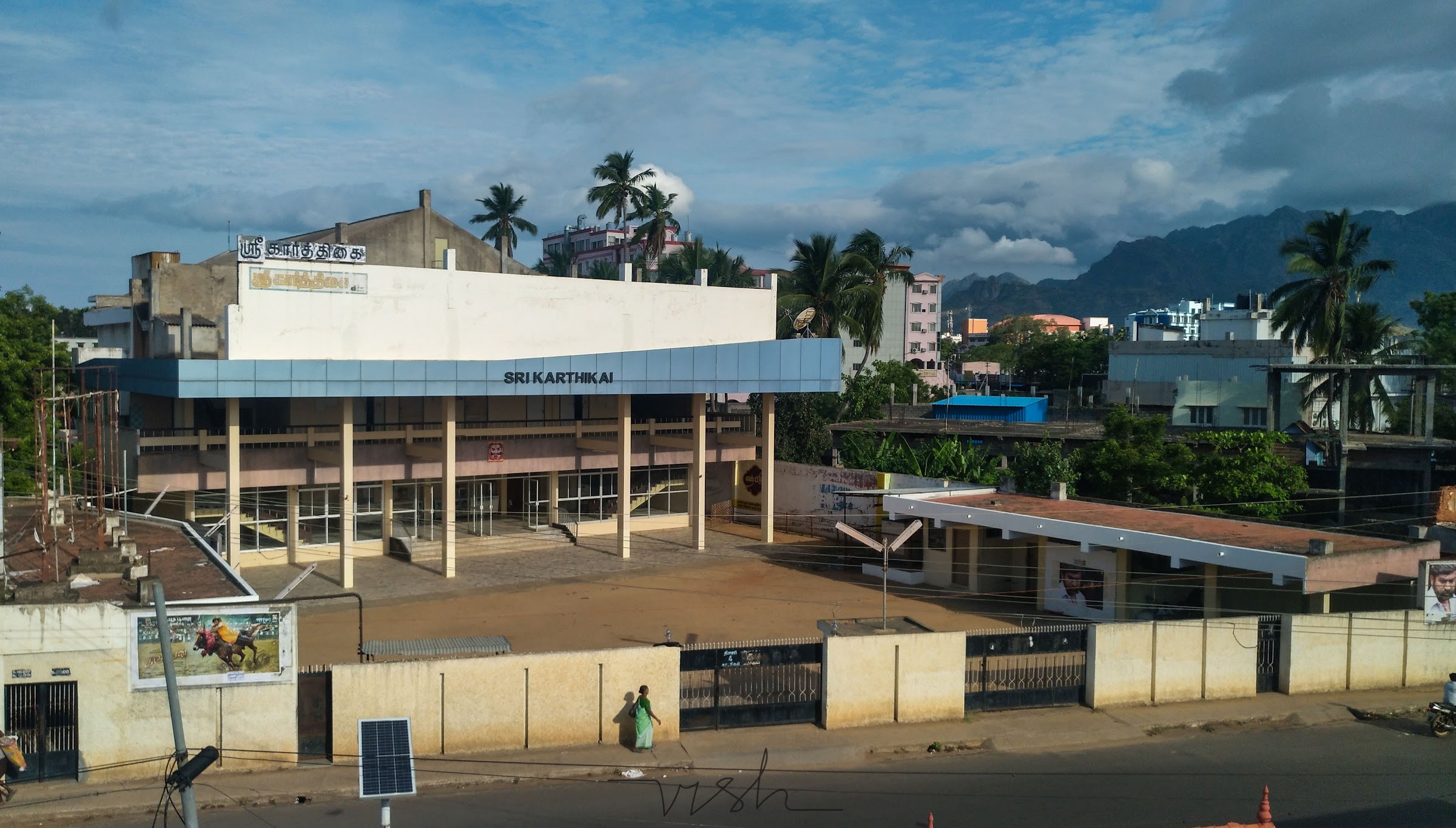 This is one among seven theatres in town. I remember standing in long queues to get tickets for Endhiran. I was surprised to see this cinema hall looking empty, even though it is located in the heart of the town. At the time of taking this picture, Karuppan was playing. 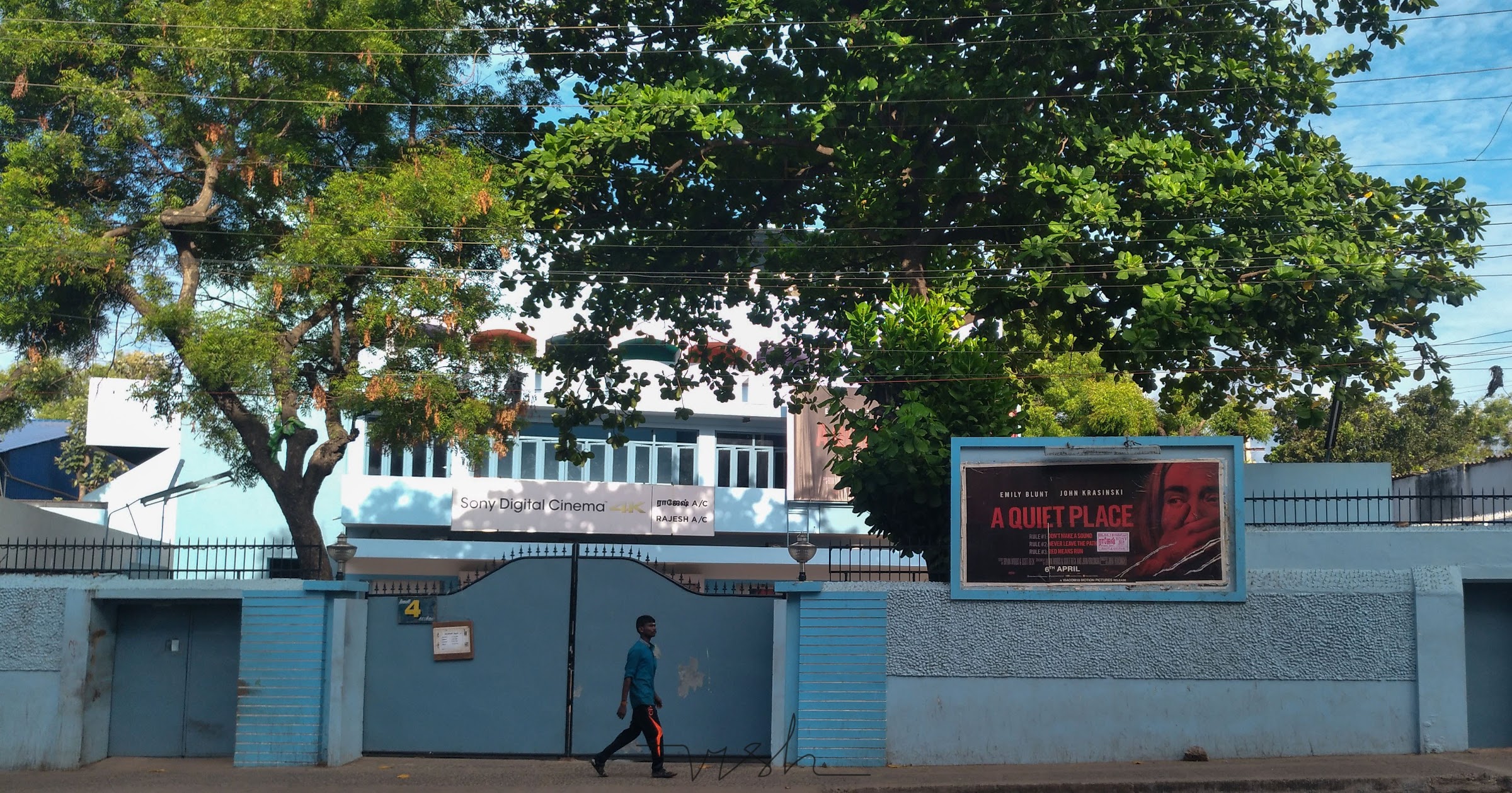 It was known as the theatre for Hollywood films, one among the first to have air-conditioned halls. One memory I have about this theatre is they always had huge cutouts and banners when Vijay’s movies released. Walking past it recently, I noticed A Quiet Place was showing. 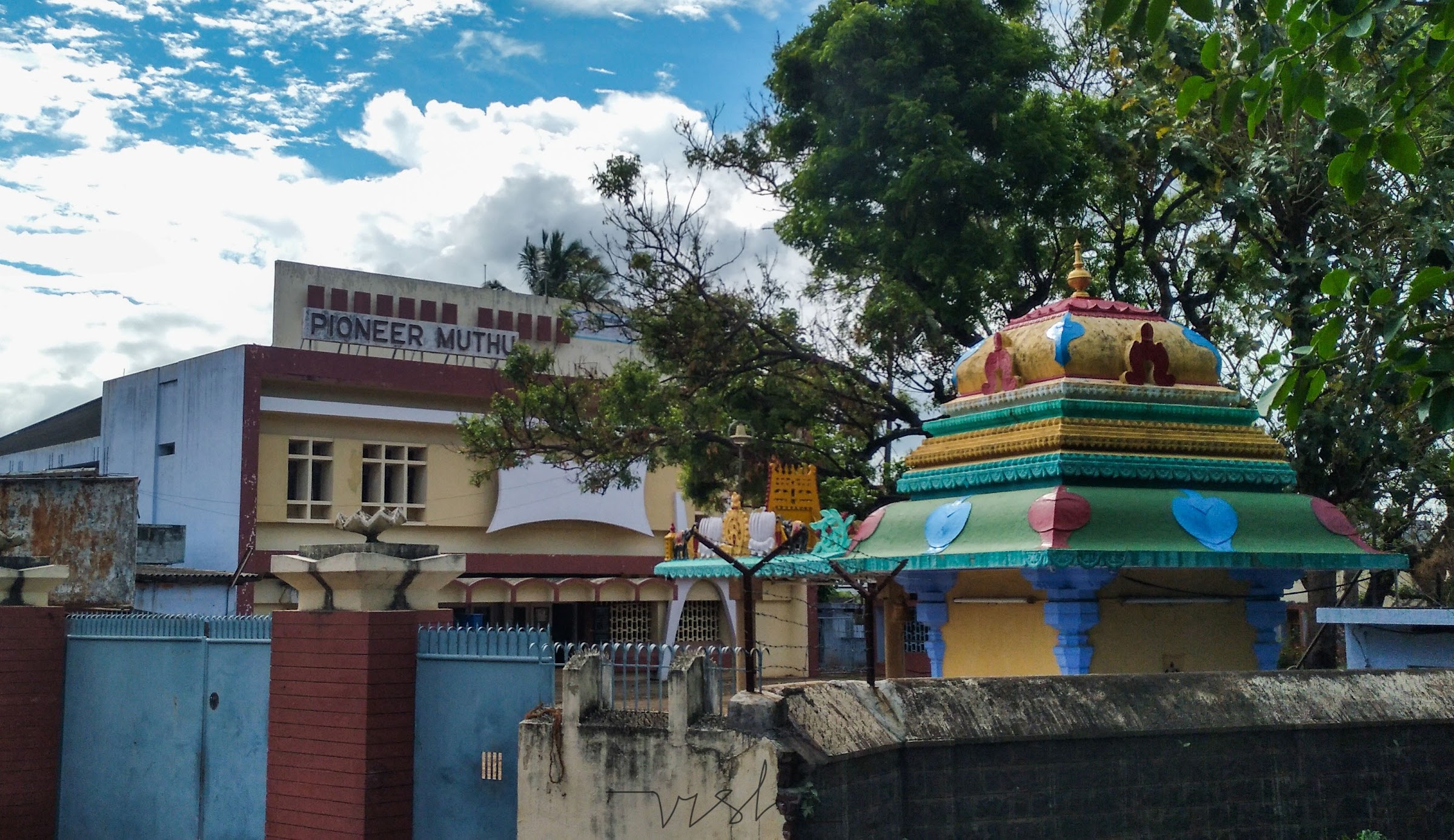 The only theatre in Nagercoil where I have never watched a movie, the films that release here are mostly A-rated. This theatre and its patrons are both discreet. 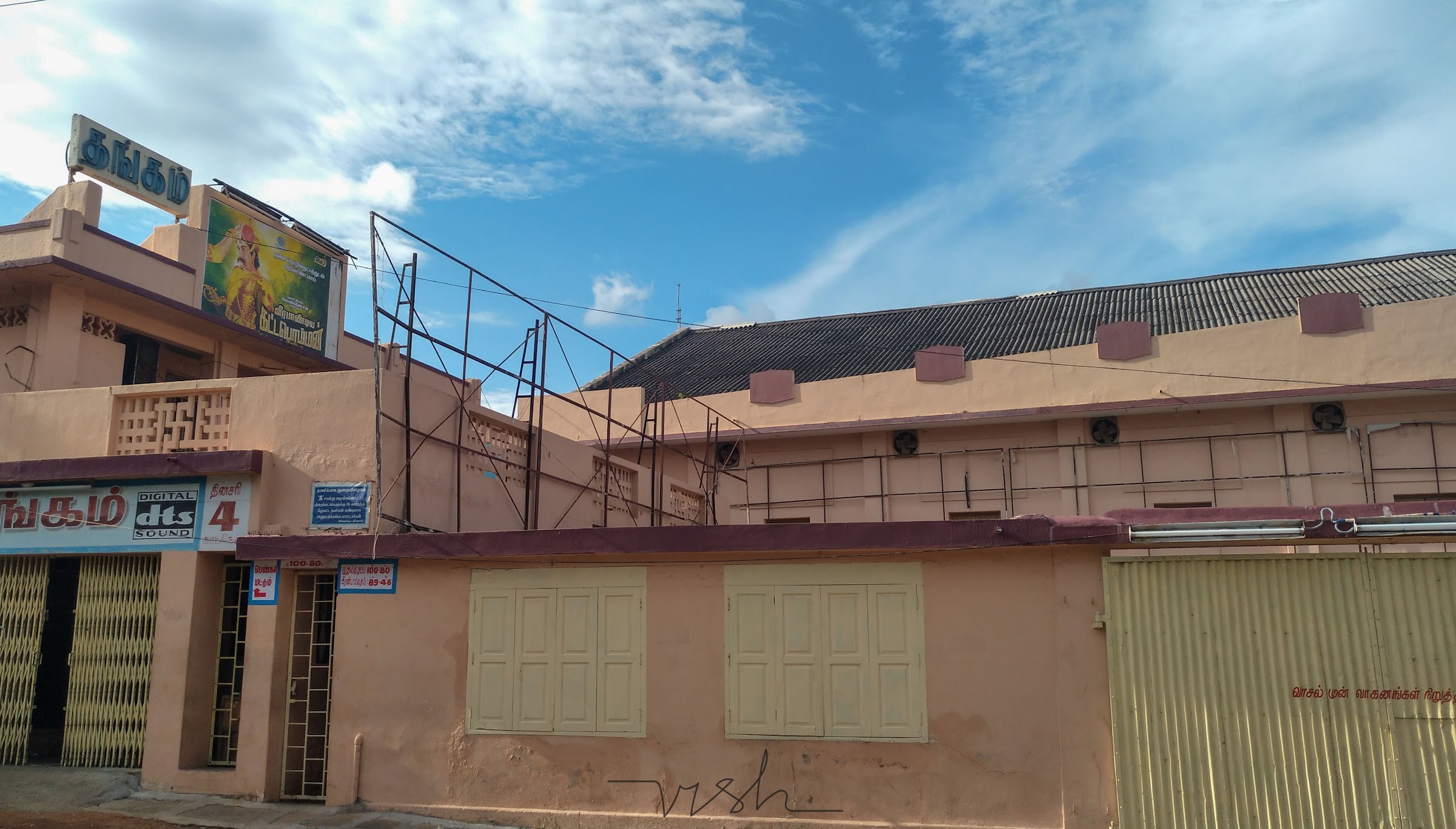 I still remember the night I watched Mankatha here with my brother. All of a sudden, the doors were opened, and a few benches placed outside. About twenty people began watching the film from the parking lot. Many of Ajith’s films are released here. There are seven theatres in Nagercoil, but only Thangam manages to release Ajith’s films. Perhaps the owner is his fan! 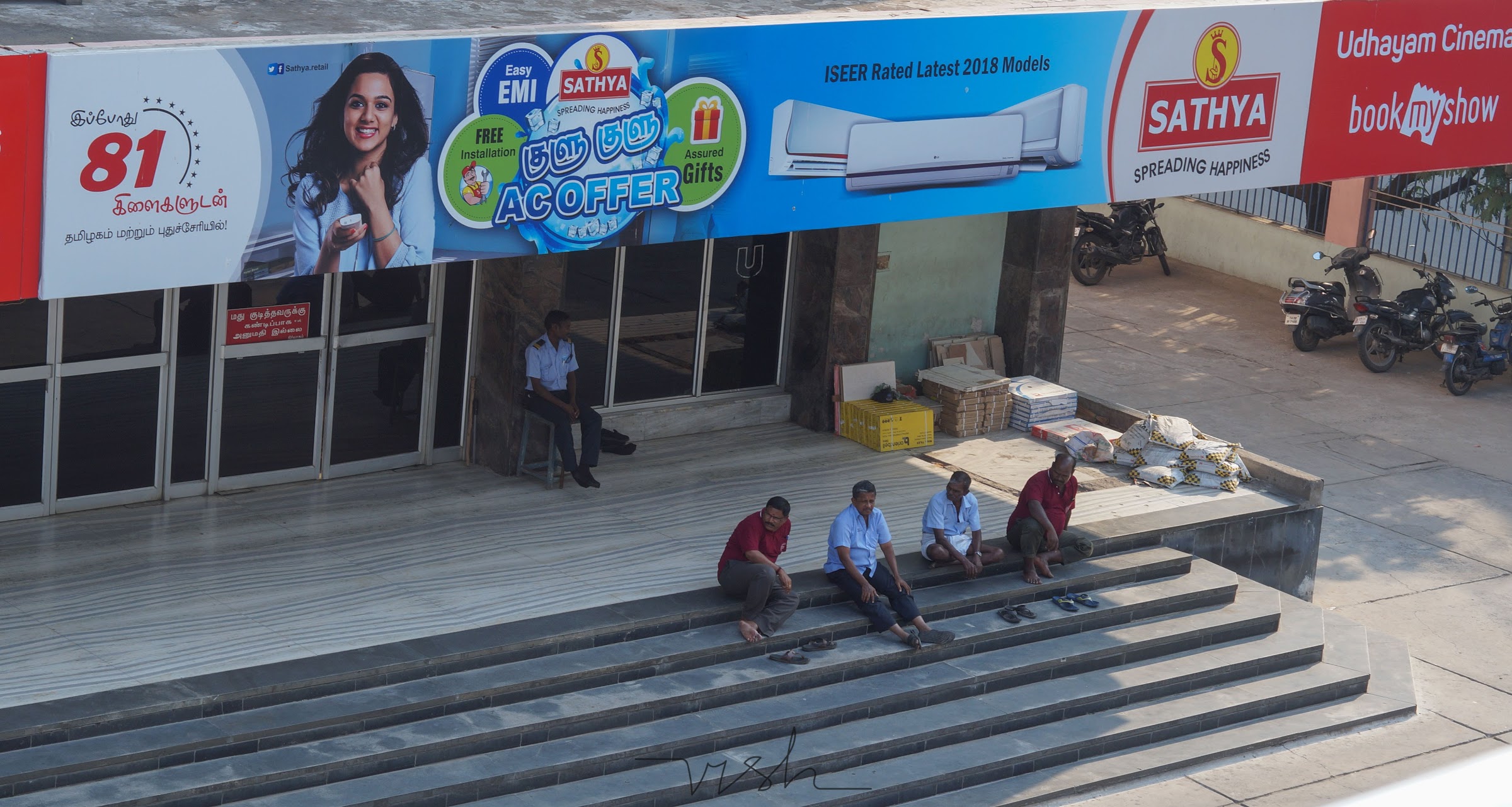 This is a landmark in Chennai. Bus conductors even refer to the Ashok Nagar neighbourhood as Udhayam theatre. Serving the people of Chennai for more than twenty years, the interiors still evoke the nineties. It is also called a Budget Theatre, since their tickets do not cost much compared to the newer multiplexes. 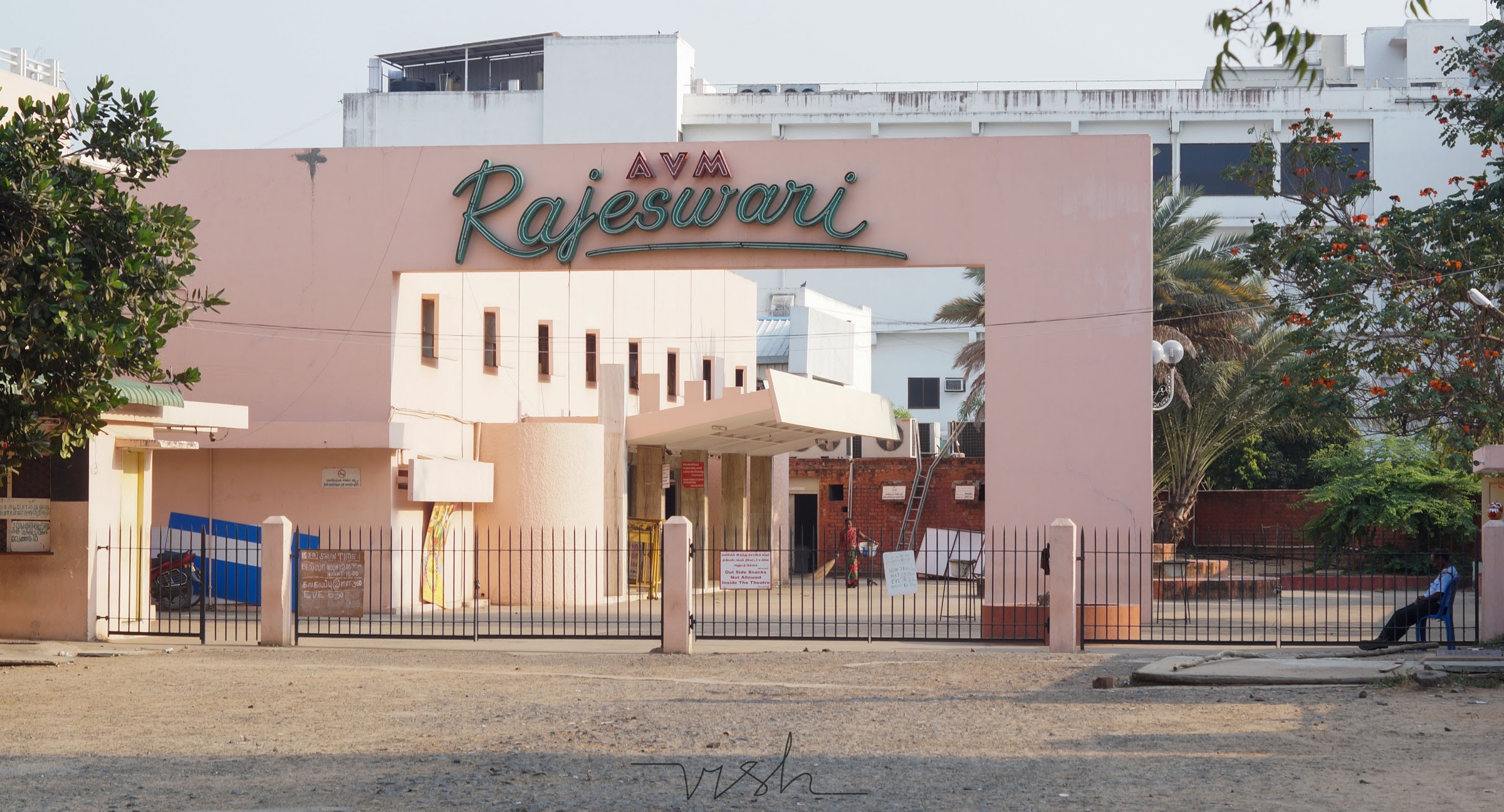 I have no idea about AVM’s history. When I visited, Billa was playing. I saw a few motorbikes in the parking area.. While the watchman in other theatres shooed me away, AVM’s watchman did not bother. I continued taking pictures.

Vishwanathan finished his engineering degree, like a Typical South Indian Guy, and then took to a different career path with a camera in his hands. He likes to tell stories with his pictures, in subtle and funny ways. And he believes the audience is as clever as the artist.